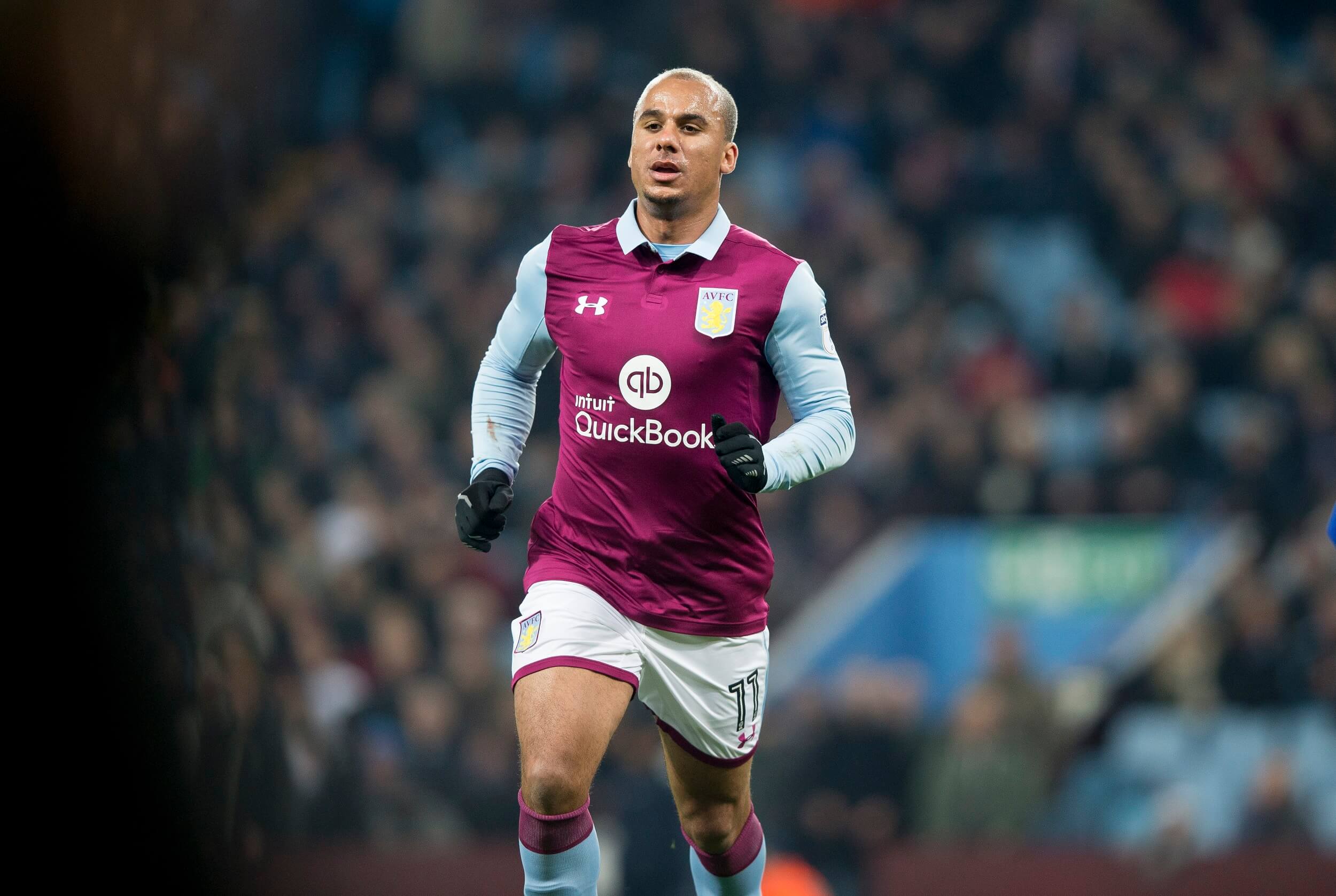 Back from injury, his future uncertain and with many pundits saying he was ‘yesterday’s man’ Gabby Agbonlahor scored the only goal of the game in a tense tussle as Aston Villa beat fierce rivals Birmingham City 1-0 at Villa Park.

It was Harry Redknapp’s first game in charge of the Blues and he like the rest of us watched a poor game of football that neither side deserved to win but win Villa did to put more pressure on Birmingham with just two matches to go to conclude the season.

Agbonlahor, the forgotten star had been out with injury for 3 months with hamstring problems but boy did he come back with a bang as his 68th minute goal provided Villa with another 3 points to put them back above Cardiff City into 12th position in the Championship table.

This match was defined by just one piece of magic as Agbonlahor brilliantly turned in the six-yard box to score the winner after Blues failed to clear a corner.

Blues are only two points above the Championship relegation zone and their survival hopes now depend on getting results from their final two matches, at home to Huddersfield on Saturday and then at Bristol City on 7 May.

But if Blackburn, the team below them in 22nd, fail to get more than one point from their final two games and Wigan do not win both of their remaining two games, Blues would be safe anyway.

Talk about being chucked in at the deep end for Redknapp who only took over from Gianfranco Zola as Birmingham manager on Tuesday.

This was Villa’s sixth win in their last seven home league games and it appears they are putting the barricades up in defence at Villa Park which bodes well for next season.

This was on a day which started with Villa fans remembering one old favourite, Ugo Ehiogu, it was Agbonlahor who ended it with the accolades.

After a well-observed minute’s applause in honour of former Villa and England centre-back Ehiogu, who died on Friday morning aged just 44, the first half was utterly mundane. The only real chance came for City when Che Adams’ close range left-footed volley was hooked over the bar from Lukas Jutkiewicz’s left-wing cross.

The second half was not a great deal better, and almost as equally dull but that all changed when Agbonlahor entered as a substitute just before the hour mark.

He didn’t have the most auspicious of starts, as Agbonlahor was booked within three minutes of his arrival after clashing with Ryan Shotton, who was also shown a yellow card, but six minutes later he had the Villa fans in raptures. The 30-year-old striker looked to have kicked his last ball for Villa before Bruce’s appointment as manager in October. Before scoring in one of Villa’s rare Premier League wins last season, against Norwich in February 2016, he had not netted in 11 months.

Agbonlahor does know how to score in derby games though, having found the net against Blues four times previously, including in Bruce’s final game in charge of Blues in November 2007 and he was to prove the nemesis for Birmingham once more as Agbonlahor kept his cool to clinch a local derby success for Villa.

Wild celebrations followed. Fans even spilled onto the pitch with one topless spectator needing five stewards to take him to ground. That for me, apart from the goal was the highlight of the afternoon, which says a lot about the quality of the match.

Greg Stewart fired wide late on and David Davis came close to diverting a header towards goal but Sam Johnstone was never tested all afternoon.

Blues now have two huge games against Huddersfield and Bristol City on the horizon to save their season.

The match had ‘scoreless draw’ written all over it and the possession was 50/50 with the home side 4 shots and City with 6 shots but the stat that sums up the game was that each team only had one shot on target apiece and Villa scored from theirs.

The travelling fans who didn’t have far to hit the pubs applauded their team off the pitch at the final whistle with a rendition of ‘Keep Right On’ but they were drowned out by their jubilant hosts and sadly there 6 arrests during and after the match.

This was the win Villa fans so desperately wanted, not only to inflict greater misery on their neighbours, but also to restore some pride in what has been a disappointing season.

Both clubs paid honour to Ehiogu, who played for nine years with Aston Villa, with a minute’s applause before kick-off and fans left floral tributes outside Villa Park before the local derby.

Ehiogu played in Aston Villa’s 1996 League Cup final victory over Leeds at Wembley and played well over 300 games for the claret and blues.

So a dire game but the Villa fans will be happy to beat their bitter rivals, Agbonlahor has shown he still has something left in him; Old Harry has a tough hill to climb to save City from the drop and little time to do it.