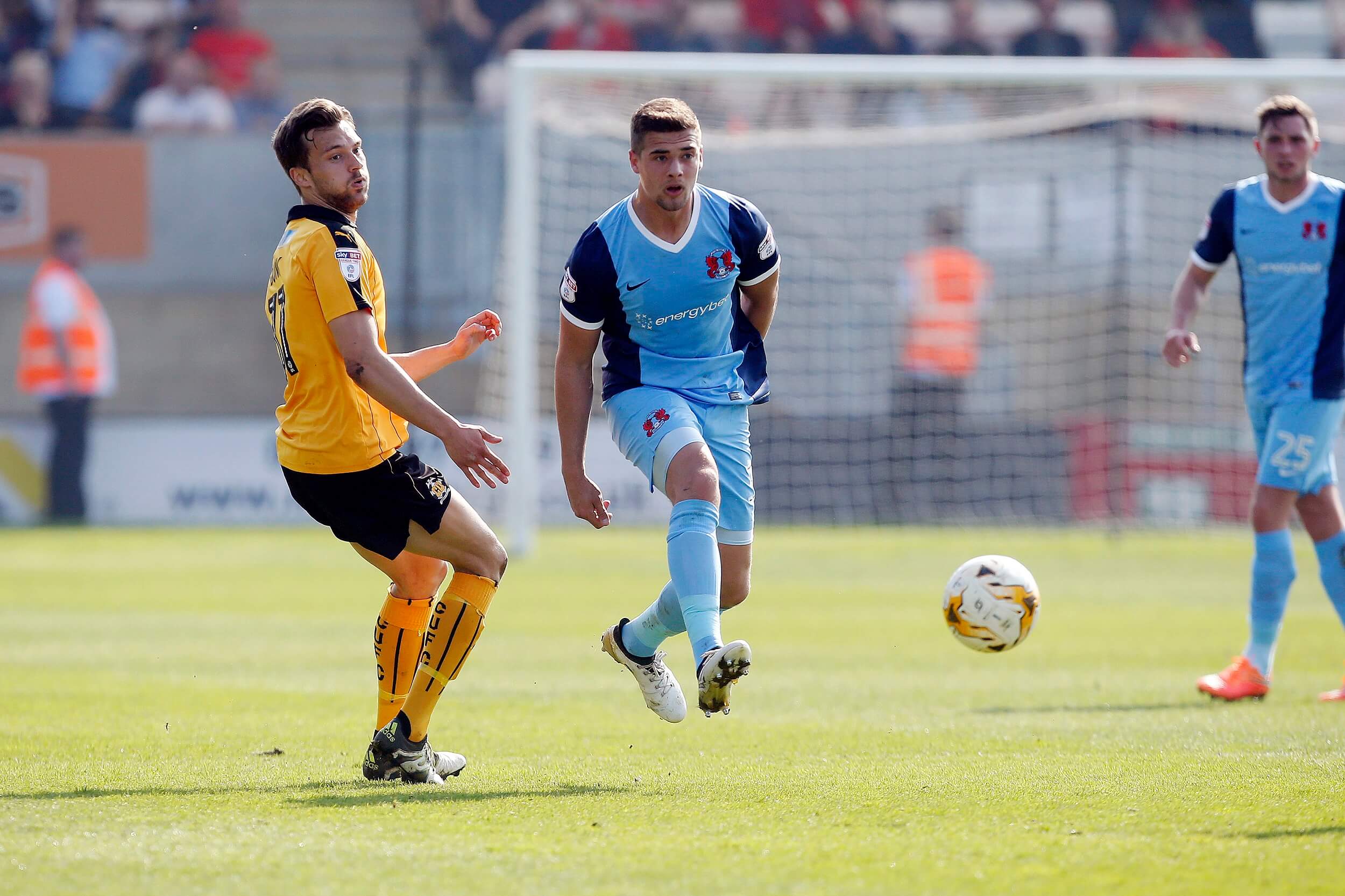 Agony and Misery For Orient

Could it get any worse for the O’s after yet another heavy defeat at the hands of Cambridge United?

This time it was 3-0 but again it could have been a lot more as the London club are now a whopping 10 points adrift of safety with only five games remaining after goals from Luke Berry, Liam O’Neil and George Maris lifted Cambridge to within two points of the play-off spots.

In parts it was ridiculous as Orient only had three players over the age of 20! Now I believe in youth but this line up was absurd. But it has to be remembered that the first team players have not been paid and although the players are not legally within their rights to go on strike they would be in breach of contract if they did so. So basically all first team players are injured although they are not and the majority of the team that played against the U’s was made up of teenagers. What a pathetic, sorry state of affairs!

Two absences were certain due to suspension as Tom Parkes began his three-match ban following his dismissal last time out and at least he had a real reason not to be on the field.

Omer Riza was also handed a one-match touchline ban which he served at the Abbey Stadium on Saturday. Riza’s newly appointed assistant manager Neale Fenn will be in the dugout.

Orient’s physio Josh Birtwistle released updates on the fitness of a number of players days before the Cambridge game. Robbie Weir won’t return from his ACL injury before the end of the season but he is currently progressing with his rehabilitation. In the same boat, Sammy Moore’s season is over due to a knee injury. Gavin Massey may not play another game for the O’s this season either. After struggling with a knee injury, the Orient winger has now suffered a torn hamstring that is likely to keep him out for the remaining games, though he has a chance of being back for the final game of the season. Probably the last in the League for a while all in all.

There was some better news for Yvan Erichot and Nigel Atangana, who had been on the side-lines with pelvis and groin injuries respectively. Both were expected to have taken part in some training this week. Myles Judd missed out last weekend due to a back injury. A timeframe for his return is unclear at this time.

Paul McCallum is targeting the match against Hartlepool on Easter Monday for his return from a knee injury that has kept him on the side-lines since February.

Sam Sargeant continued in goal and has done a decent job in appalling conditions, with young goalkeeper Arthur Janata deputising for him due to injuries to Alex Cisak and Charlie Grainger.

Cisak has missed the last two games due to a groin injury but he is progressing towards a return. Grainger has been struggling with a groin strain, which is set to keep him out of action for a few more weeks. Lucky him.

So a vastly depleted Leyton Orient held on for grim death for 31 minutes before unsurprisingly going behind, when Berry nodded his 20th goal of the campaign from midfield following Harrison Dunk’s cross. Orient need someone like Berry but instead of Berry the fans are left with a bunch of bananas – mainly those in control of the club.

Cambridge had earlier gone close through Jake Carroll, who was denied by a good Sam Sargeant save, and could have added to their lead when Uche Ikpeazu fired over after a good turn.

The visitors nearly equalised eight minutes before half-time when Will Norris made a fine save to claw Rowan Liburd’s header wide, before the U’s doubled their advantage four minutes later. Maris produced a pinpoint free kick which was flicked across Sargeant by O’Neil, who netted his first Cambridge goal.

Dunk nearly added a third early in the second half with a header, which hit the post, but the goal did arrive on 53 minutes when Maris fired home at the end of a goalmouth scramble.

It could and should have been a lot more but The U’s showed the O’s some mercy. I’m not sure the fans will show the board the same mercy.