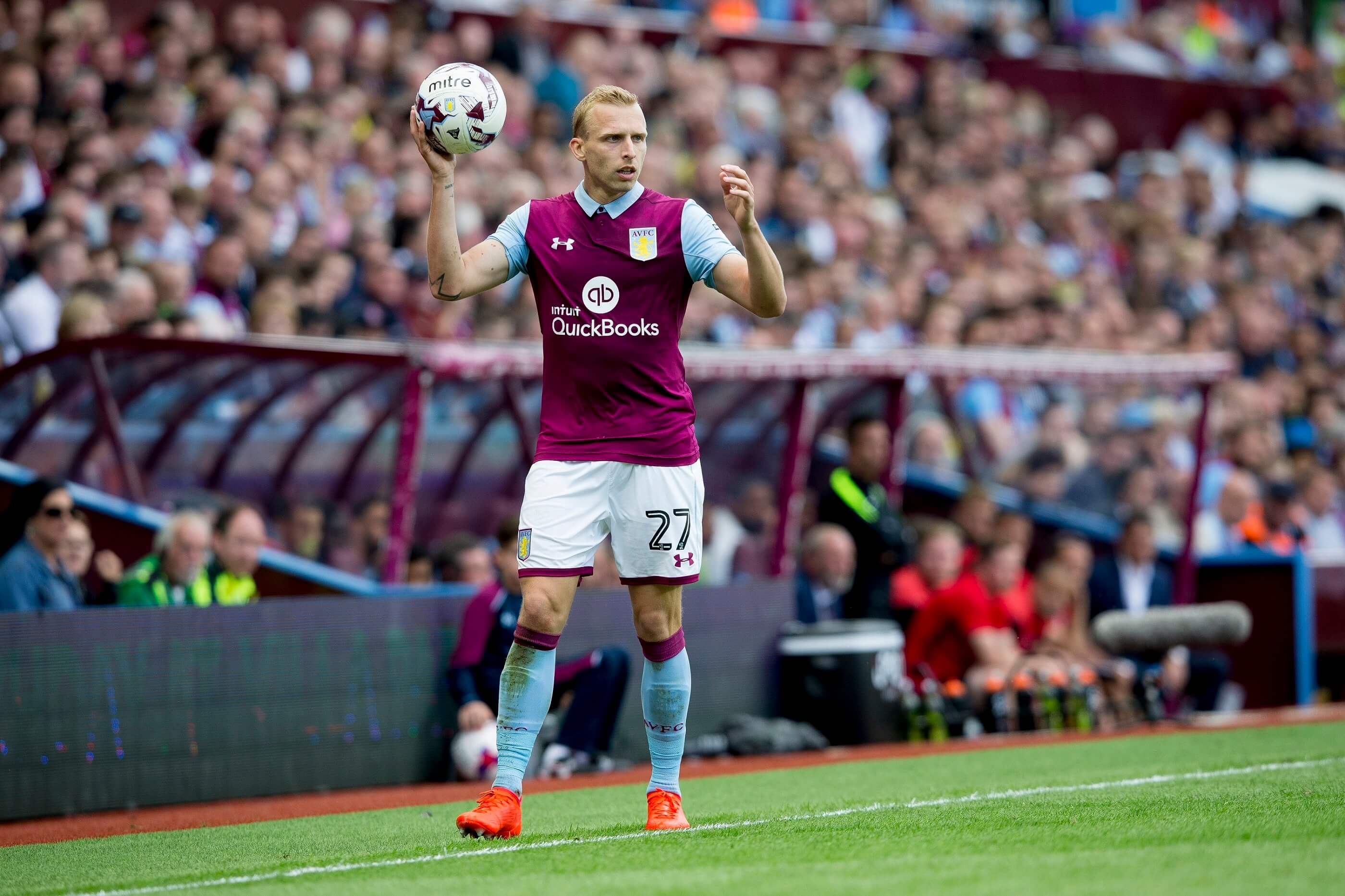 Jonathan Kodija went from villain to hero as Villa won their second match on the trot at home to struggling Bristol City by two goals to nil.

The striker who joined Villa in August in a reported £11m deal from City, endured a torrid first half, blasting a penalty over the bar after Gary Gardner was fouled and looking sharp as a pin one minute and as deflated as a popped balloon the next.

As you’d expect, plenty of this match even before the game had started had been about Kodjia, the Ivory Coast man who left Bristol City to join Aston Villa. His every touch had been greeted by a chorus of boos from a very large Bristol City contingent with over 2,800 traveling supporters making their way to the Midlands. He had an opportunity to silence his former fans when Gary Gardner was brought down in the penalty area and he stepped up to take the spot kick. His effort, however, was as horrible as the West Midlands weather – hard, straight and off the top of the crossbar. “£15 million and we’re having a laugh” was the cry from the Bristol City end now as the ball was reportedly hitting the radar screens at East Mdlands Airport.

It looked for all the world as if it was going to be another of those recent dreaded Villa Park nights and it was easy to see the Villa player’s heads were down as they trudged off the pitch with the score at 0-0 for the half time break.

However Kodjia redeemed himself as he scored against his former club as Aston Villa recorded back-to-back wins for only the third time this season.

The 27-year-old’s superb header put the hosts ahead after 54 minutes and again you could feel a collective heave of relief from the home support. To put a nice shine on the score line, five minutes later Conor Hourihane popped up to tap home his first Villa goal after Albert Adomah’s shot was blocked to seal victory.

Aston Villa had not won a game in 2017 prior to Saturday’s 1-0 victory over Derby County, but now move up two positions to 15th in the Championship table, nine points clear of the relegation places.

However, defeat at Villa Park increases the pressure on Bristol City head coach Lee Johnson, with his side only out of the bottom three on goal difference and having lost 11 of their past 14 league matches so by that definition Villa aren’t out of the woods yet but have found a map of directions.

It was not as easy as the score might suggest as City twice struck the woodwork against Villa, in the first half through Wright’s header and then at 1-0 down via winger Calum O’Dowda in an eventful 5 minute spell.

Andre Green also hit the post with a brilliant long-range effort for the hosts, who have now kept clean sheets in two successive league matches for the first time since March 2015.

Aston Villa manager Steve Bruce looked more relaxed than of late and was in fairly upbeat mood when interviewed shortly after the game:

“We’ve played far better than that and lost but what we have seen in the last few days is the resilience, two clean sheets. Jonathan Kodjia can drive us all mad at times, there’s no question about that. But when you look at his goals – that’s his 12th in what, 24 games, that’s not bad at all so fair play to him.

“He was devastated at half-time but he’s come back. He’s got us a good goal again.”

Villa had made one change from the side that beat Derby 1-0 on Saturday, as midfielder Gary Gardner replaced the suspended Leandro Bacuna; Bristol City named the same starting line-up, which held Newcastle to an exciting 2-2 draw at the weekend. Aston Villa will be without suspended midfielder Leandro Bacuna for two more games after his three game ban had been confirmed by the Football Association after being shown a red card for coming into contact with linesman Mark Russell late on in Saturday’s home win over Derby.

Indeed it was the replacement Aston Villa midfielder Gary Gardner who found an errant Bobby Reid pass and charged into the Bristol City box, where keeper Fabian Giefer brought him down.

Up until the penalty there weren’t too many chances in the early stages at Villa Park, but Bristol City almost opened the scoring as mentioned when Bailey Wright headed against the crossbar and just seconds later, Mile Jedinak had a shot deflected behind for a corner for the hosts.

It’s hard to believe now that, before these two teams met at Ashton Gate at the end of August, Bristol City were on the cusp of the play-off places and Aston Villa were just finding their feet having gone three games unbeaten.

Incredulously Villa were hosting Bristol City for the first time since meeting in the top flight in August 1979, when the visitors won 2-0.

The relief must be hitting the Richter Scale for Villa for despite winning over the weekend, no side has taken fewer points in the Championship in 2017 than Villa, who had picked up just four from their last 10 games.

Tonight’s fixture had a very different feel to it, with both sides enduring difficult recent runs, though small steps were, at least, taken on Saturday.

Villa, on the back of seven defeats in eight, at last found the winning touch with a home victory over Derby, while City, after 10 losses in their last 13, managed a creditable draw at Newcastle.

But small steps is all they were, most certainly nothing more, and a poor showing from either side tonight ensured an uncomfortable final few months of the season. The problems seem to be Bristol City’s shoulders though as at last it looks like the shackles are off for Villa and Steve Bruce’s men. Mid table mediocrity? I think Steve Bruce and Villa fans would bite your hand off for that come May.