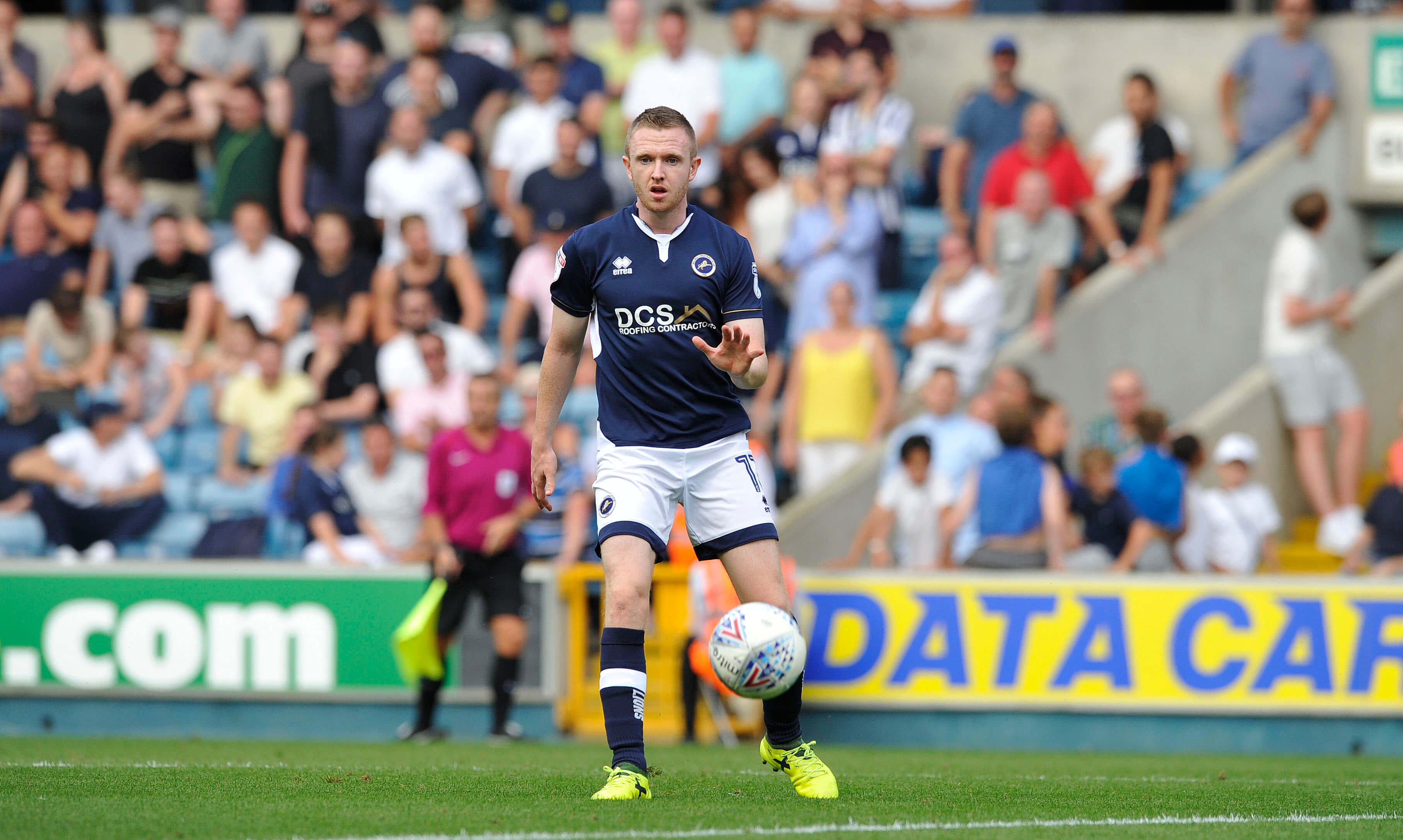 Barnsley Put Lions To The Sword

Millwall were all over the option as they fell to a heavy defeat as they lost 3-1 to a Tom Bradshaw brace as Barnsley took all three points at the New Den on Saturday.

The home team were seeking a fourth straight victory at The Den but looked out of sorts as a Barnsley team struggling in the Championship showed more resolve and zest than their London counterparts.

Lee Gregory’s equaliser playing in his 150th game for the club was not enough to prevent Millwall from crumbling as they slipped to a rare defeat in South London.

Gregory was one of two changes to the Millwall starting line-up as Gregory replaced Fred Onyedinma in the starting eleven. The other change was enforced as the disappointing news from Millwall is that Shaun Williams is set to be out of action for at least three or four months with a bad knee injury.

The first half was a big let down with both teams seemingly stuck in the middle of the pitch as the forward line made little advancement into either teams penalty area although it was Gregory who had a chance to open the scoring.

Tykes goalkeeper Adam Davies rushed out to block Gregory’s his close-range shot after just four minutes of the match. Then we had what can only be called a super lull for the next 35 minutes as it was very much like a chess match and just as dull to watch.

Barnsley eventually took the lead as Harvey Barnes (the name of a good ale if ever I heard one) raced down the left and produced a pinpoint low cross which was gleefully tapped home by Bradshaw in the 40th minute. He simply couldn’t miss and he did not.

Yet Millwall were back in it just a couple of minutes later as half time loomed. Gregory again did well to win the ball and charged into the penalty area, however a sliding tackle impeded him illegally and referee Oliver Langford (Bonnie’s uncle) had no hesitation in pointing to the spot.

Gregory, who else, stepped up to take the kick and sent Davies the wrong way for his second goal of the season with Barnsley players and staff clearly unhappy with the decision.

Barnsley manager Paul Heckingbottom was still confronting the officials as they left the pitch at half-time and required his coaching staff to persuade him to move away. Although he came back into the technical area after the restart he was quickly sent to the stands by the referee much to his consternation.

The aptly named Barnes for Barnsley helped put the visitors back in front. His astute first touch on a cross field ball took him whizzing past Conor McLaughlin and he once again perceptively picked out Tom Bradshaw for an easy goal.

With Millwall pressing without making any real inroads Barnsley killed off the contest on 83 minutes. Jared Bird’s (honestly you couldn’t make these names up) clever run into the box was ended by Ferguson and the referee’s assistant in front of the Dockers Stand instantly flagged for a penalty to the Tykes.

Thiam scored from the spot and that was it. Game over.

A much needed three points lifted Barnsley up the table to 18th, while Millwall drop down to 13th after their first defeat in five Championship matches.

Millwall manager Neil Harris was upset with the result but pleased for Lee Gregory:

Lee’s goalscoring record under me is quite phenomenal,” said Harris. “I’m pleased with his goal. I put him back in the team because I thought he would give us a freshness and a hunger to the team. I maybe didn’t quite make enough changes to my team. It wasn’t one of Lee’s best games, he’ll admit that himself. His ball retention was poor. But he’s a big player for us.”

“I was disappointed with the performance of course, and disappointed with the outcome result-wise. I take responsibility because I picked the team. If I were to take anything away from today, it’s if we’re not at our best Millwall standard in every fixture in the league this season, we can get beat any time whether home or away.”