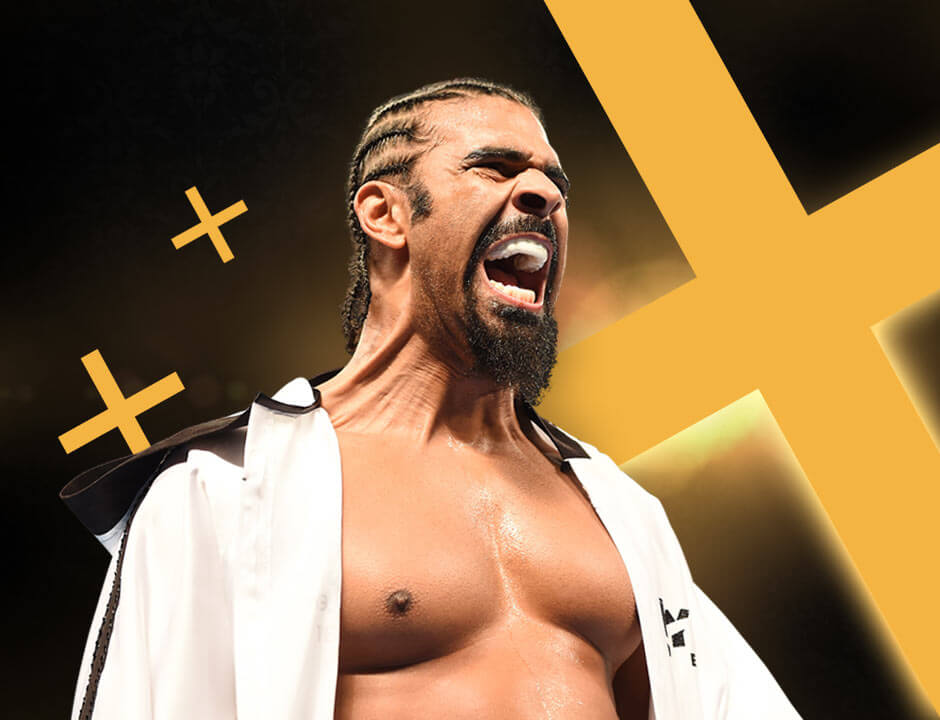 It was the fight that had almost everything. Entertainment aplenty before they even got in the ring David Haye was throwing fire at Tony Bellew but the underdog came out on top in an enthralling contest at the o2 Arena. Broken hands, raptured Achilles tendon’s, knockdown’s, limping fighters, threats of retirement. Wow! It was almost like a scene out of casualty.

Compelling wasn’t the word. You simply couldn’t take your eyes off the fight in what was simply a fight to remember as WBC cruiserweight champion Tony Bellew produced a huge shock to stop rival David Haye in a fabulous heavyweight contest in London that had the crowd enraptured and the bookmakers running for the hills as the outsider downed David Haye.

The Liverpudlian, 34, pounced when Haye suffered what turned out to be a ruptured Achilles injury in the sixth round of the contest to score a knockdown. Haye up until that juncture had fought well and was up by four rounds to one.

Haye, who had his right ankle strapped, carried on as bravely as he could for the rest of the fight, but was unable to move freely as Bellew seized the momentum in what at times were quite comical moments although respect must go to Haye for his decision to carry on the fight.

In the 11th round, a second knockdown saw the former heavyweight champion Haye tangled in the ropes and the towel was thrown in from his corner and his hopes of a return to the world-title level of the sport left in pieces.

Bellew, who few had given any chance of causing an upset, ran to trainer Dave Coldwell in jubilation as he scored a victory, which he is unlikely to surpass at this stage of his own career.

For the Merseysider this was incredibly his first heavyweight fight and the WBC cruiserweight champion Bellew defied most predictions to beat Haye, who was affected by the torn Achilles tendon which later required surgery. Bellew now has 29 wins and a draw from 32 fights but at 34 he isn’t getting any younger.

Promoter Eddie Hearn said on Sunday that representatives of American WBC heavyweight champion Deontay Wilder and WBO champion Joseph Parker of New Zealand had contacted him about a potential fight, although the man himself Tony Bellew says he is considering retirement following his surprise win.

However an offer for one further fight could be too lucrative to turn down yet there may be a delay before his next fight as Bellew, 34, also suffered a bad injury as he broke his hand in the fight.

The worn out but elated victor said “I broke my right hand in the second or third round. It is sore now but I don’t feel the pain – all I think about is winning.”

Liverpudlian Bellew, who described his injured hand as being “the size of a small bowling ball”, says he now wants time to reassess his options.

We will sit down and I need a few days to take on board what I have done because it doesn’t feel real at the minute,” he added.

“I don’t know how many times more I can put my body and family through this,” Bellew said and when asked whether the Haye bout would be his last, he added: “It’s an option. It’s something I’m thinking about.”

Bellew said yesterday “I have a lot of options. If people want to come and talk to me. I don’t know what’s going to happen, but it will have to be something special. I am the best heavyweight in the world outside the champions, and none of them have a name like David Haye on their record, so what does that mean?

“David Haye was like the bogeyman of the division. Nobody wanted to fight him but the fat cruiserweight did. And you know what? He beat him too. Just let that sink in.”

Bellew mentioned he had feared for Haye’s safety during the bout and asked the heavyweight and his corner to end the fight before he scored the stoppage.

“Just before the stoppage I looked at David and said ‘stop now’,” said Bellew. “He shook his head. He went beyond the call of duty”.

David Haye has already had surgery on the Achilles tendon he ruptured during the bout.

“David would like to thank everyone for their many messages of support, as well as the staff at the hospital,” read a statement from Haye’s representatives.

“Tony’s got big decisions to make – stay at cruiserweight, defend that, unify the division. Maybe even a rematch with David Haye or, I think more likely, to challenge for the world heavyweight title, why can’t he beat Wilder or Parker? I believe he can and two world titles would secure his legacy.”

David Haye had turned villain in the build up to the match with some controversial comments including Haye’s graphic descriptions of the harm he hoped to cause his rival, had marred fight week. However the two made amends with some clever artistic boxing. The British Boxing Board of Control (BBBofC) will discuss the acrimonious build-up next week.

Ironically the bitter war of words leading up to the fight ended with Bellew helping a limping and exhausted Haye back to his corner.

The two embraced and the beaten, humbled Haye asked for a rematch during a lengthy post-fight interview before heading off to hospital.

The two continuously swapped shots with Haye leading and a straight right to Bellew’s jaw in the fifth was audible ringside, though nothing could be heard in the sixth as the Arena screamed at the drama.

Both men went down – Haye twice – though neither faced a count as their falls to the canvas were deemed slips but the sheer punch volume from Bellew then legally felled Haye, who looked stunned and shattered in answering a nine count.

Bellew, who stressed his rival would start tiring after four rounds, was then able to dominate, dictating the pace and notably throwing everything at Haye in the seventh in attempt to bring an end to proceedings.

The game was up for Haye as his futile resistance was ended moments after a barrage of punches sent him sprawling through the ropes.

Having clambered back into the ring, finally his camp threw in the towel, signalling only the third defeat of a 31-fight career.

A classic of a fight that non boxing fans adored, it was a night of shock and bravery.