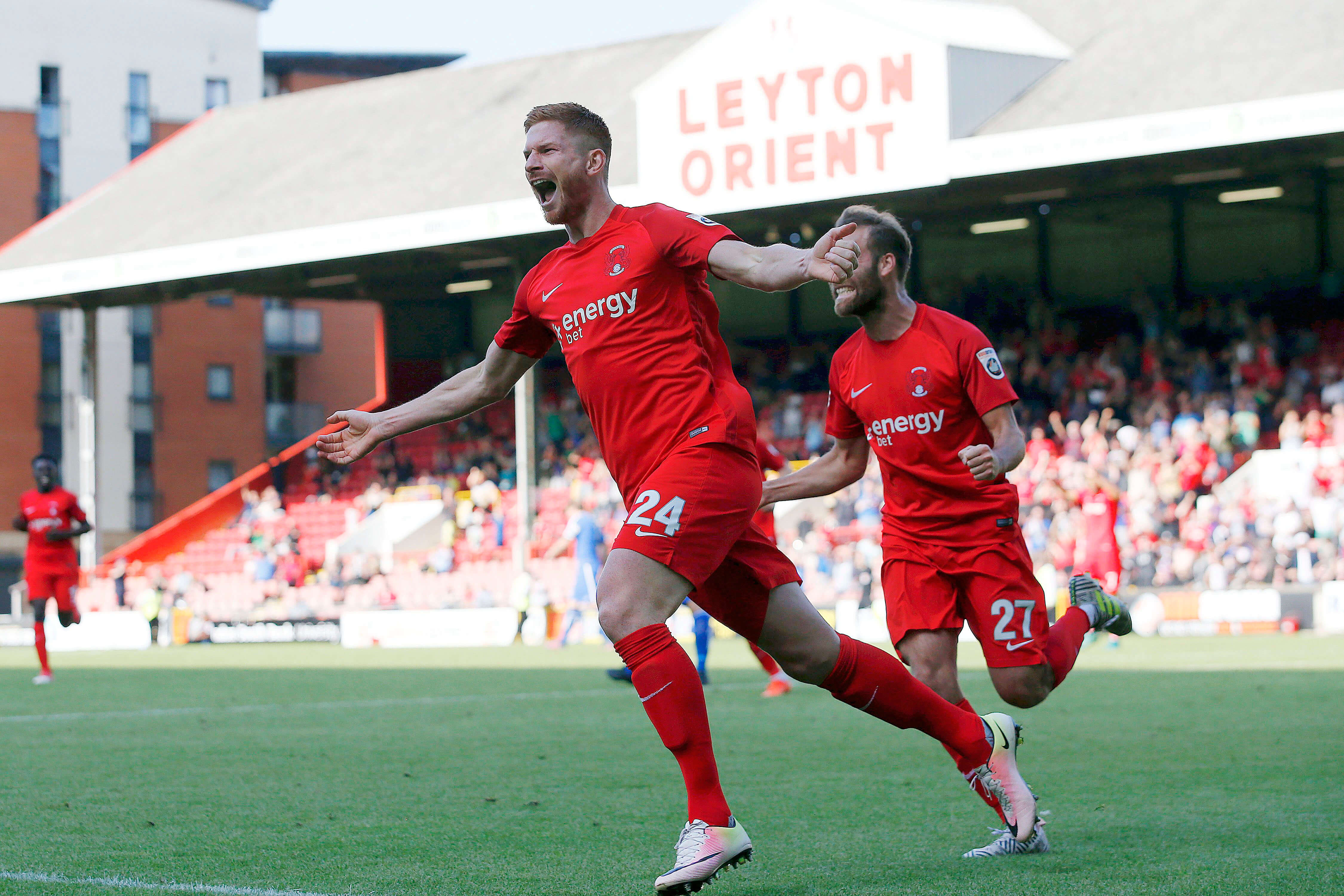 Leyton Orient came back from being two goals down to snatch a late draw as they stopped the recent slide in form with a 2-2 away draw at leaders Aldershot Town.

How Orient might relish Romauld Boco’s 82nd minute goal come the end of the season as the form book was totally against them coming into this match. Aldershot were top of the league and on a superb run of form. They were also at home with a boisterous set of fans applauding their every move. Orient were on a dreadful run shipping goals like sardines and unable to find the net themselves in any way, shape or form. On the back of three successive defeats the omens were not looking good for the East London side particularly as they went 2-0 down with only 20 minutes of the match gone.

Yet the O’s pulled up their strides, found a bit of confidence (something desperately lacking in the last few weeks) and by hook or by crook managed to salvage a point over in Hampshire with the clock ticking down.

You’ve heard the old adage repeated many a time by managers throughout football ‘It was a game of two halves’, well this wasn’t. This was a game of two segments, the first thirty minutes belonged to Town with the remaining 60 minutes all Orient and the O’s may even have been disappointed returning to the big smoke with just a solitary point for their efforts.

You could be forgiven for thinking that Orient on recent form might crumble like a chocolate Flake in a wind tunnel but the O’s were resilient, solid and at times irresistible in those 60 minutes and in the fog of a long season this might be seen as a barometer of how the Londoner’s campaign changed for the better.

The draw leaves Leyton Orient in 13th place in the 24 team National League but this gutsy effort from Orient saw them throw off the demons of the last month and shot the Aldershot Club off the top of the pile as the army town slipped to second in their quest for automatic promotion back to the league proper.

These two clubs hadn’t met in the league for exactly thirty years but it wasn’t long before a goal was in the offing and unfortunately it all started so badly for the O’s when the home team snatched the lead with only minutes gone. Aldershot’s Jim Kellermann looked to find a fellow team member and was lucky to see his pass deflect into the path of right-back Alexander and the defender, under no pressure whatsoever, rocketed it in in from the edge of the penalty area.

Aldershot manager Gary Waddock looked on his side to build on their opening goal and with only 20 minutes gone a simple long ball forward was badly defended by Sendles-White at the back for the O’s, he got himself into a muddle and Town’s McClure was in on goal. He controlled well and shot past a disgruntled Grainger and hey presto it was 2-0 before you could say boo to a goose.

Rather than cave in and dismantle it was the kick up the backside Orient required as they spent the next 10 minutes re-establishing themselves in the game and Steve Davis team showed tremendous character to get back into the match.

Orient pulled one back just before the break when Craig Clay headed in Jobi McAnuff’s free-kick to see the visitors go in 2-1 down at half time.

The second half was one way traffic and the game belied both the two teams current form and positions in the table. McAnuff was unlucky to hit the woodwork, and Jake Cole was in cracking form to deny O’s striker Macauley Bonne.

The O’s threw everything but the kitchen sink to get back onto level terms and Steve Davis’s men deservedly levelled when Romuald Boco rounded the goalkeeper to score with eight minutes of the match remaining and Clay could have bagged all three points for the away team but missed a golden opportunity to win it in the last seconds.

Have a flutter on the O’s here. https://energybet.com/sports/betting/prematches/5/474/777/