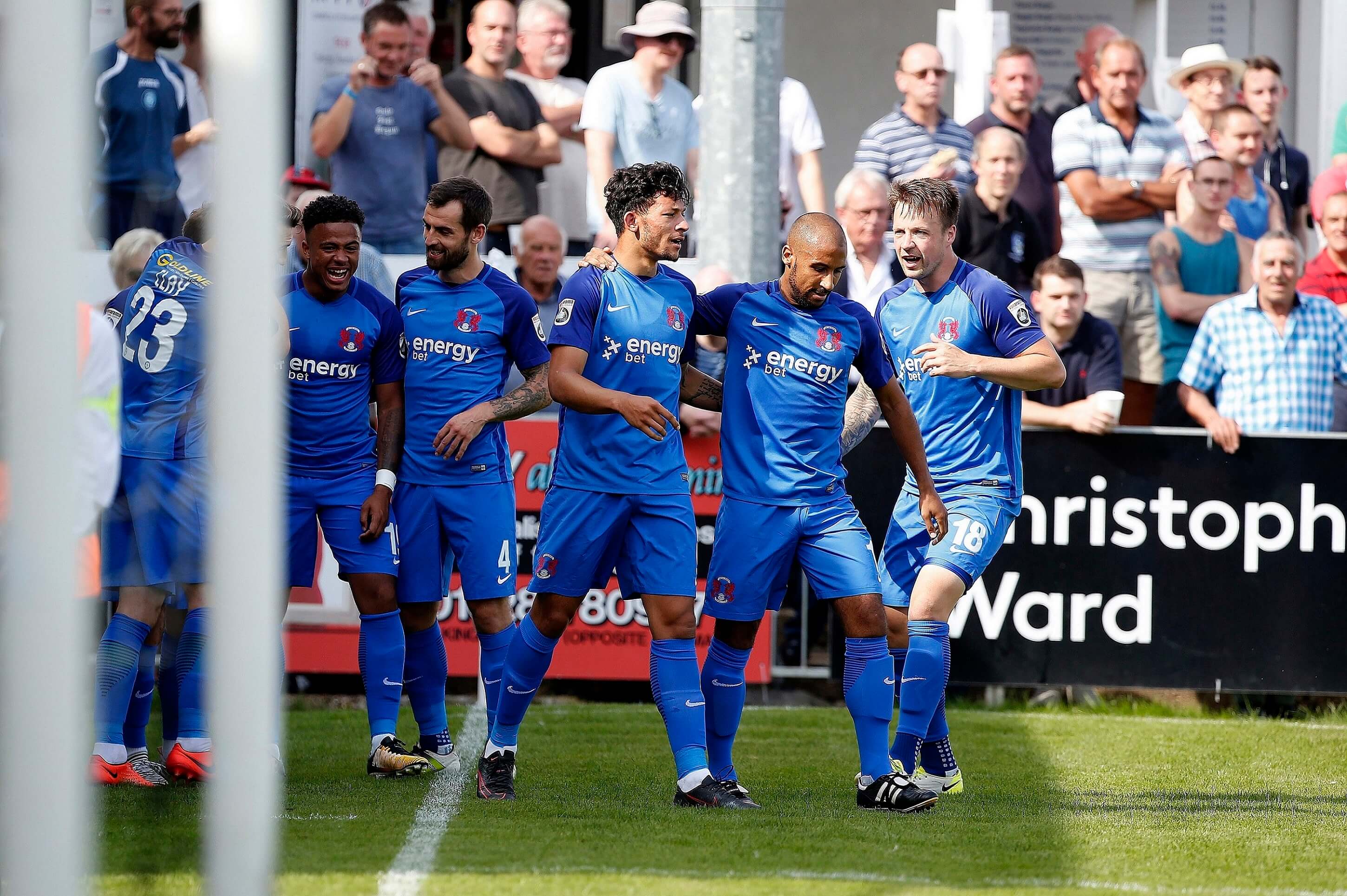 An early 6th minute goal for Orient through Macauley Bonne was enough to snatch all three points against a defiant Maidenhead United team and take the O’s into 3rd place in the National League table.

Maidenhead were on a decent run before this match on August Bank Holiday Monday, unbeaten in four and looking rock solid but Bonne’s early header proved to be the difference between the two sides.

Manager Steve Davis has certainly shored up the Leyton Orient defence following the demoralising and devastating 6-1 drubbing at the hands of Bromley Town only 13 days ago. Two wins and a draw and only one goal conceded by the O’s in those three games since then certainly gives the fans a huge buzz particularly now they are sitting nicely in third place.

The weather was boiling hot in what felt like a cauldron as the O’s were straight into action from the off. The sun may have been bright but it was the O’s who looked brighter from the first whistle, and with six minutes on the clock opened the scoring with a brilliant move which saw Macauley Bonne head home the opener having been picked out beautifully by James Dayton.

This goal was Bonne’s fourth of the season since arriving from Colchester in July, and the striker continued to threaten the Maidenhead defence with his sharp movement and clever runs down the wings. Bonne looks great but for me James Dayton appears to be involved in the majority of the O’s best passages of play this season and is a standout for the team. It was only 48 hours after Saturday’s match that showed the O’s have some resolve this season something they lacked desperately last season. Steve Davis made two changes to the side which claimed a last gasp 1-1 draw at home to Eastleigh in the 8th minute of added time on Saturday afternoon. Jobi McAnuff and David Mooney who had missed a spot kick against Eastleigh with a very tame effort were dropped to the bench and were replaced by Rommy Boco and Josh Koroma.

George Elokobi who was magnificent as was keeper Charlie Grainger.

In the 19th minute the Magpies as Maidenhead are known almost grabbed an equaliser as a Harry Pritchard cross nearly caught out Grainger in the away goal, but it flew over the crossbar to the relief of the visiting fans.

Boco’s had a shot off target just past the half an hour mark for the O’s before home striker Dave Tarpey got a first sight of goal three minutes later, but his 30-yard free kick was saved by Grainger in the Orient goal.

Maidenhead were pushing hard and Sean Marks went even closer six minutes later, as he stole the ball off Elokobi and saw a near post effort pushed away by Orient’s goalkeeper.

One up at the halfway point and it was Orient that started the second half the stronger and Koroma tested Carl Pentney in the 48th minute after a decent Orient attack. Both sides continued to create chances in an entertaining match and in the 54th minute Orient should have doubled their advantage when Boco combined with Koroma, but the youngster shot wide.

Maidenhead then started to boss the game and Grainger made yet another fine save to deny Marks following a Pritchard cross.

Davis responded by bringing on Mooney and McAnuff with 64 minutes on the clock at York Road with Dayton and Koroma being substituted and Orient made their final substitution with 15 minutes remaining, as Henry Ochieng came on for Boco for his first action of the season.

Elokobi was like a buffalo at the back heading away three dangerous crosses in quick succession and the Magpies produced a superb counter attack eight minutes from time as a Marks cross was cleared by Joe Widdowson. The pressure continued from Alan Devonshire’s team and Sam Barratt headed wide from a good position with two minutes left.

As Maidenhead committed men forward It was nearly 2-0 when Saturday’s hero Craig Clay played Bonne in and his low effort across the face of goal just evaded Mooney.

After a battling defensive display, Orient held on and can now reflect on a good Bank Holiday weekend after picking up four points out of six points.

The next match is against Guiseley on Saturday allowing the O’s 5 days to recharge the batteries.

A crowd of 2,544 at Maidenhead frazzled in the heat to witness the Orient express heading in the right direction.