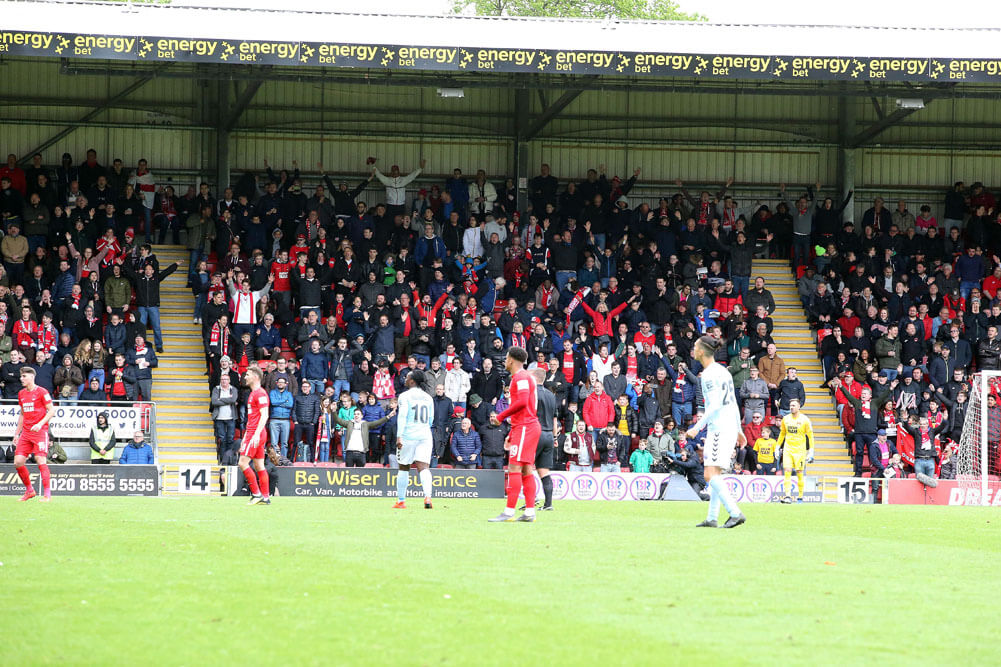 After years of darkness, multiple relegations, financial woes and battles to save the club, Leyton Orient are back. Following a 0-0 draw at home to Braintree, The O’s celebrated a successful season in the best way possible, with a title win and promotion back to the English Football League.

Back into the light

To say that Leyton Orient have endured some tough times in recent years would be an understatement of massive proportions. There’s been multiple relegations, fan protests over mismanagement and countless managers coming in and out of the club. It’s a sight seen so often in modern football, and one that often leads to extinction or an irretrievable decline. But not for Leyton Orient.

For Leyton Orient, the story has instead become one of fresh beginnings. A tale of banding together and fighting for what you hold dear. Of never accepting defeat. Because for Leyton Orient, it has been a true team effort, extending to all levels of the club. From Nigel Travis, Kent Teague and the rest of the board, to the manager Justin Edinburgh and his coaching staff, the players and, of course, the fans. All have played their part in taking the club back to where it belongs.

As proud partners of Leyton Orient, we at EnergyBet would like to send a huge message of congratulations to everyone at the club. We’re proud to be associated with all that you’ve achieved this season and wish you every success for the bright future that lies ahead.

It’s great to see The O’s back where they belong.

You can find a video that we’ve made, celebrating some great moments from the season, here.

Whilst promotion has been guaranteed, there’s still the potential for more success to come with Orient set to take on Fylde in the FA Trophy Final at Wembley Stadium on 19th May 2019. We’re hoping that Leyton Orient can make it a double winning season and will be sending our support on the day!

Stay tuned to our website for more O’s features leading up to the final, and general content in the future.