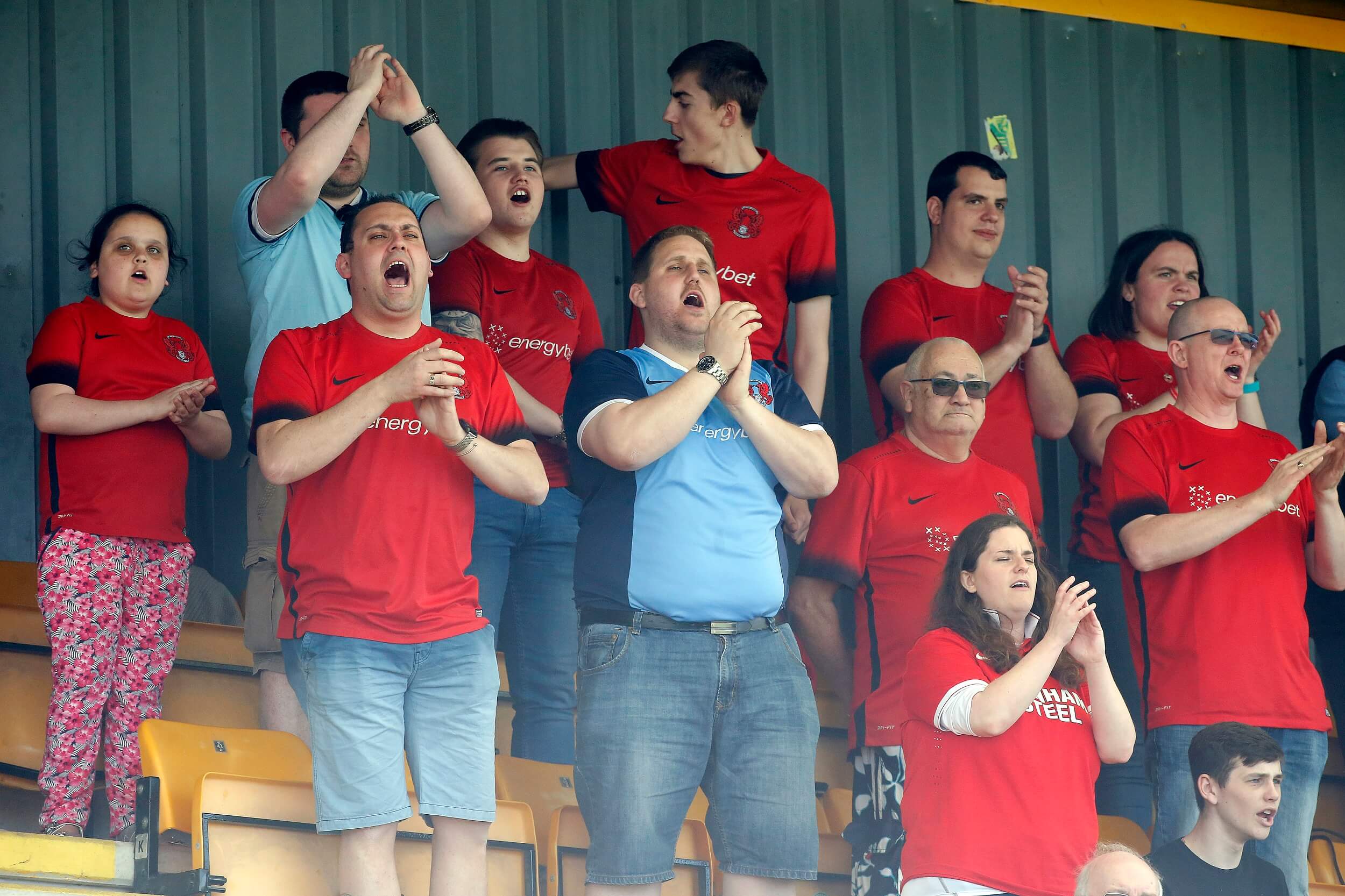 Tranmere Rovers beat Orient 2-1 on Merseyside to send Leyton Orient to yet another loss on their current terrible run on Wednesday night.

Goals from Cook and a heavily disputed winner from Norwood gave Rovers the three points as the O’s slump in form continues unabated.

In a game where we saw a direct approach from both teams, a point blank range header from Norwood thundered into the Orient net for the winner with 20 minutes left. The goal was heavily contested by the O’s players and staff as a more than obvious throw for Orient was inexplicably given in Tranmere’s favour much to the consternation of the 157 visiting O’s supporters. The throw in led to Tranmere firing over a cross that Norwood would have had difficulties in missing. He didn’t and it proved to be decisive as Orient were unable to get back on level terms for the remainder of the game.

Tranmere had come into the game after having lost their last match at home to Wrexham when the Welsh team had been down to 10 men for a large portion of that game and with only 2 home wins this season the worries were there for the home team.

On the banks of the Mersey the rain came lashing down all night and the game could have gone either way with both teams reverting to local park football in punting the ball continually from one end to the other. Not the most invigorating football either set of fans are going to see this year.

It was far from good enough from the O’s and the home side despite lady lack and a dodgy refereeing decision apart always looked in more control and deservedly won the match showing more grit and determination than Orient.

Manager Steve Davis changed the tactics with this more direct approach and Matt Harrold came into the team and played very well indeed. He was one of very few positives to come out of the game for the O’s. Alarmingly the Londoners now have just one point out of 18 in the last 6 games in the National League with 5 defeats and a draw and that is a poor return that is seeing Orient slide down the table faster than sugar off a shovel. It’d seven games now for the O’s since the win against Guiseley as far back as September 2nd and somehow the team have to dig themselves out of a hole and stop the rot.

An attendance in the poor conditions of just over four thousand at Prenton Park saw the O’s create chances but they were few and far between. The midfield lacked pace and were being overrun and not for the first time in recent matches and viewers on BT Sport were able to see the team languish for the second time this season with the cameras on them.

Adam Buxton had a free kick and saw his effort deflect behind for a corner for the home side while James Norwood went down inside the area after tangling with Mark Ellis but appeals for a penalty were waved away. Tollitt had a chance for the hosts and Andy Cook saw O’s Charlie Grainger parry away well. It was all Tranmere so a surprise when Orient took the lead as Harrold scored after a James Dayton pass.

However on 25 minutes Tranmere were level. A shot from Norwood was saved by Grainger but Cook pounced to tap in for 1-1.

Ellis nodded an effort against the post for the visitors as the scores remained level at the break. Ollie Norburn hit the side netting after 53 minutes with a low free kick before Grainger pushed a Norburn effort past the post and superbly tipped a Cook header over the crossbar.

Norwood headed the winner following the controversial Tranmere throw, on 70 minutes that Mottley-Henry slotted across with a big deflection.

Orient saw Sendles-White head wide at the back post with 76 minutes gone but although they had a lot of possession they were unable to muster another goal.

The O’s remain 16th and stay in the north for the next few days with their next match an away trip to Barrow coming up on Saturday.

Can Leyton Orient stop the slide? Why not have a bet on the team, checkout