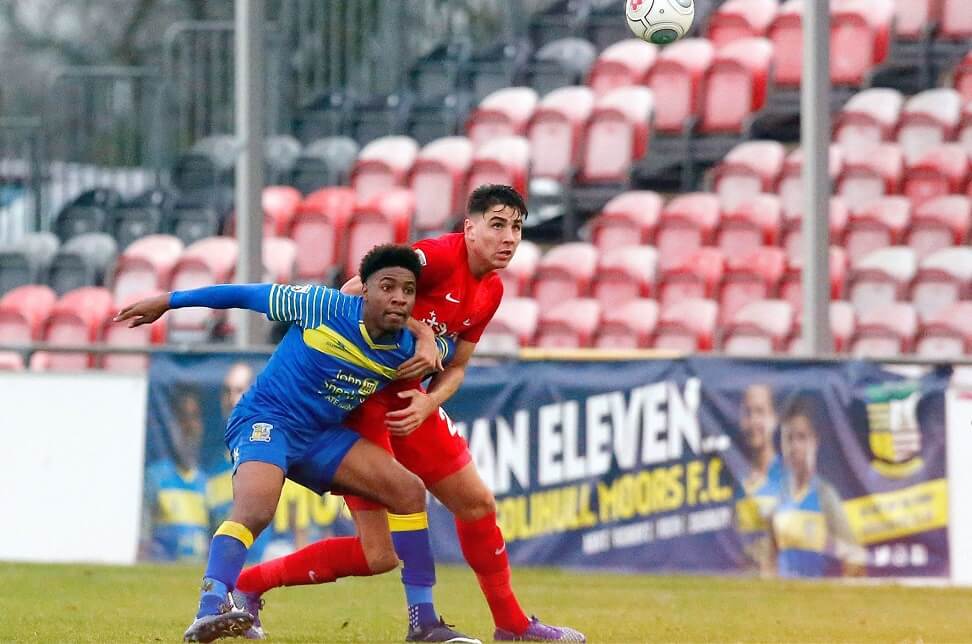 Daly Problems For The Orient

Orient were beaten away at bottom of the table Solihull Moors by a goal to nil as their disastrous run continued against the bottom teams to leave them still hovering above the relegation zone on Saturday in the National League.

A goal from Liam Daly after 58 minutes was enough to settle the match in favour of the home side as the O’s went down with a whimper and it leaves the O’s management with much head scratching and little jubilation.

A crowd of 1,118 turned up in the December cold at Damson Park to see Leyton Orient acting like a Damsel in distress as the O’s left Solihull Moors pointless and with just a solitary win in the last 17 league games.

Surely the fans believe it can’t get any worse than this and we can only hope this is the low point in the season and that the O’s will return next week in a positive frame of mind and rejig their current team and formation. It can only go forward from now on as the O’s lack of form and total lack of confidence were in abundance as the bottom club Solihull Moors picked up a rare win. It doesn’t lift them off the bottom of the table but it will give them confidence to at least make an effort to remain in the National League.

As for the O’s i’m sure it will all turn around next month in the transfer window and Leyton Orient can lift themselves into a more comfortable mid table position. With this defeat they remain in 20th position and staring down into the abyss of life out of the National League in their first season in it! This loss was an all time low for the Brisbane Road mob though and an injection of confidence wouldn’t go amiss if they are looking for an early Christmas present. A Leyton Orient victory would have handed them an 11 point cushion over the bottom club however with Solihull winning and putting themselves onto 15 points they are only 6 points away from the O’s. The home team had come into the game with a goal difference of -21 so the signs were ominous from the off however they came out looking for a win against a jittery Orient who looked happy if they could snatch a draw against the hosts. The tactic worked to the home teams advantage and they were clearly the better team going into the break with the score goal-less.

The Moors had the better of the first half without finding the breakthrough. Jermaine Hylton turned James Bowen’s cross against the bar in a neat move and Jamey Osborne’s follow up was blocked. Orient created a couple of half chances but simply weren’t at the races. In fact the O’s played at a canter and allowed the bottom club to attack them at will and Dean Brill in the O’s goal was by far the busier of the two goalkeepers.

The second half held the same pattern of play as the first and It was hardly a shock when Darren Carter whipped in a free-kick on the hour and Liam Daly headed past Dean Brill to send the home fans into raptures.

Rather than come back into the game the visitors went into their shell and Solihull Moors had further chances and the scoreline should have been more realistic as Darren Carter hit the post with a penalty late on after Paul Green was fouled.

Around them Guiseley and Chester didn’t play, the latter due to opponents Fylde still involved in the FA Cup. Torquay did manage a valuable point at home to Aldershot that lifts them above Chester into 21st position and breathing down the necks of Leyton Orient above them. Above the O’s, Barrow won 1-0 away at Halifax to leave the O’s a full 4 points behind nearest team Eastleigh in 19th place and as the deficit opens up so does the earth for the East Londoners.

Fancy a bet on Leyton Orient then why not checkout the following link.