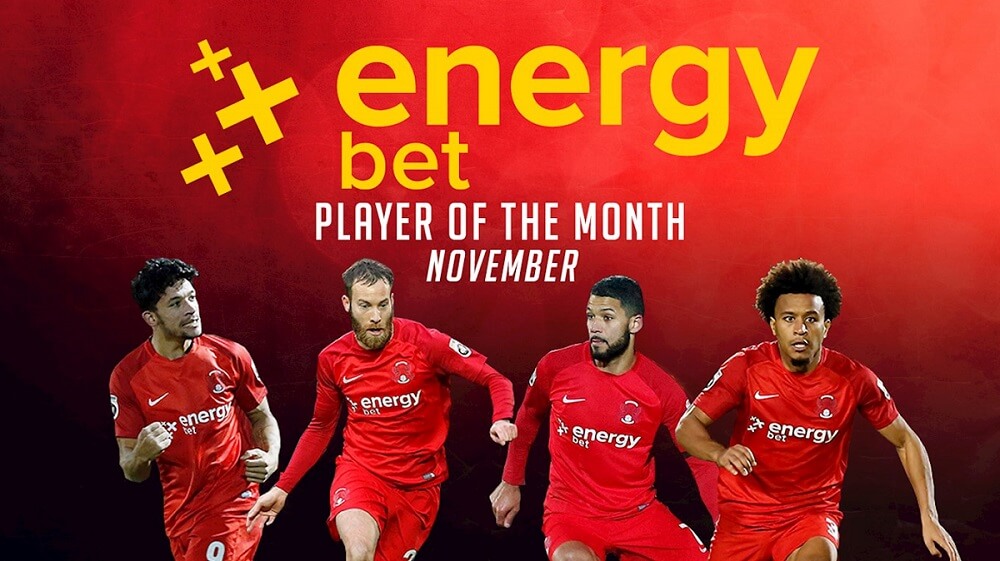 ENERGYBET PLAYER OF THE MONTH – November 2017

As principal partner, EnergyBet will be hosting the vote for Leyton Orient player of the month, so please head to @energybet_com and cast your vote on the poll which will be live at 4pm Monday (December 18).

And to reward fans for following and entering the competition, EnergyBet will reward one lucky fan each month with pair of hospitality tickets and the chance to present the Player of the Month award on the pitch before a game.

Four players will be nominated each month for you to select the winner, and the November Player of the Month nominees are:

While suspension restricted Bonne to three appearances in November, the forward’s work-rate ensured he was a constant threat and he was rewarded with the opening goal in the draw against Chester.

November saw the tricky winger add goals to his game, scoring in the 2-1 FA Cup Defeat to Gillingham before netting from distance against Ebbsfleet.

The winger captained the side on three occasions in November and was in inspired form in the draws against Dover and Chester, scoring an excellent long-range effort in the latter.

The full-back has become a key member of the defence in recent weeks and continued his good October form in the battling 1-1 draw against the league leaders Dover Athletic.

So head to @energybet_com and pick your Player of the Month for November.

Voting closes at 10am on Thursday December 21 and the winner announced shortly after.