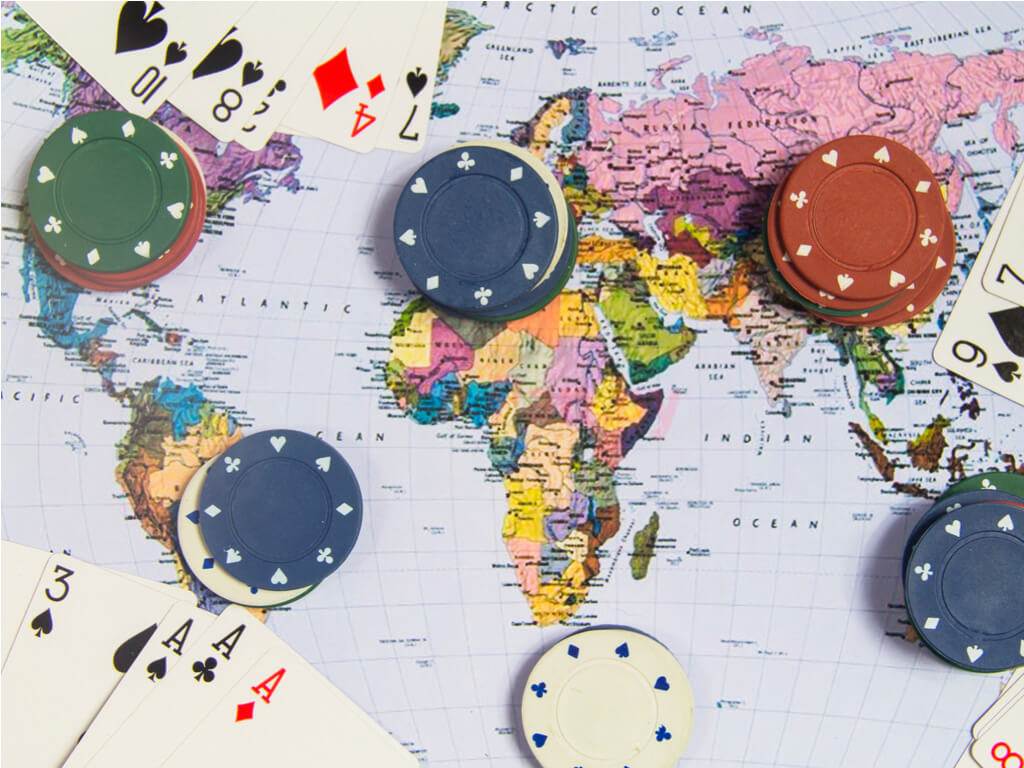 Gambling Around the World

Whether its playing baccarat at a glitzy casino, having a game of poker with your friends, spinning online slots, taking a punt on football, or betting on financial markets, the world loves the thrill of gambling! So, which countries love gambling the most?

Despite gambling only being legalised in Spain in 1977 (and slot machines not until 1981) the Spanish have caught the betting bug with enthusiasm, and these days they are passionate about betting on everything from the lottery to football cards. In fact, it is estimated that four out of five eligible Spaniards purchase tickets for the Christmas “El Gordo” lottery draw!

The Greeks have a particular penchant for lotteries, and the country is home to several large gambling companies. Perhaps it should come as no surprise that Greece was also home to one of the world’s most famous gamblers, “Nick the Greek” Dandolos, who won an estimated $500 million in today’s terms (though, a word of caution: he did die almost penniless at the age of 83!).

In 2008, a government survey found that 88% percent of Norwegians considered themselves to be lifetime gamblers! So, how do our Scandinavian friends prefer to bet? Lotteries, scratch cards, slot machines and football, apparently.

Inside the former British colony of Hong Kong, which is now a Special Administrative Region of China, horse racing, football betting and lotteries are the only legal types of gambling. But, Macau, the former Portuguese colony (now also a Special Administrative Region of China), is the world’s premier casino city, and its only a short ferry ride across the sea. No wonder then, that over half-a-million Hong Kongers visit Macau each year!

Today, Italians simply love slots! But their gaming history goes back a long way – not only was baccarat invented in Italy, but the world’s first government approved casino, called “The Ridotto”, was opened in Venice way back in 1638. Unfortunately, The Ridotto is no longer with us, having closed in 1774 to protect the city’s “piety, sound discipline and moderate behaviour” – a pity, because how cool would gambling in a 400-year-old casino be?

The Finns are serious gamers, with a 2007 study showing 41% of them gamble each week. Its probably something to do with the long, cold, dark winters –  but interestingly, Finland is also consistently ranked extremely highly in global education league tables, so maybe the smart Finns just love numbers and probabilities?

Canadians are notoriously fond of several things, including maple syrup, ice hockey, Tim Horton’s, and gambling! Yep, that’s right, around three-quarters of Canadian adults are thought to gamble at least once each year, with the biggest spenders coming from the province of Saskatchewan (one of our favourite ever words… try saying it).

“It’s a long way to Tipperary”, but not as far as it is to Las Vegas, so the prospect of a Vegas-style casino strip in that sleepy part of rural Ireland is exciting to say the least! Yes, despite not exactly being known for casinos, the Irish have plans to build a Las Vegas style casino, complete with a 500-room 5-star hotel, eighteen-hole golf course, all-weather racecourse and greyhound tracks, an equestrian centre, and even a replica of the White House (erm… OK)! But then the Irish have always been fond of a bet or two, in fact, the song “It’s a Long Way to Tipperary” was itself allegedly written for a 5-shilling bet on 30 January 1912!

Another tiny former British city state in Asia, Singapore was late to the gambling game, not opening its first casino resort, The Marina Bay Sands, until 2010. Since land is in such short supply in Singapore, its no shock that it was the world’s most expensive standalone casino property at the time, coming in at $8 billion! Straddling the top of the three towers is the world’s largest cantilever platform, holding a 340m long SkyPark that includes a 150m infinity pool.  Needless to say, Singaporeans have embraced gambling in style, despite having to pay a punitive S$100 fee to the government, just to enter casinos.

Everyone loves the Aussies, and the Aussies love… pokies. No, we’re not talking Jennifer Aniston in her Friends years – ‘pokies’ is Australian slag for slot machines. Our Antipodean friends will bet on just about anything, and an estimated 80% of adults are thought to gamble, making them among the most enthusiastic gamblers on the planet! Of course, living in a country where so many critters can kill you, means you need to take your mind off things.