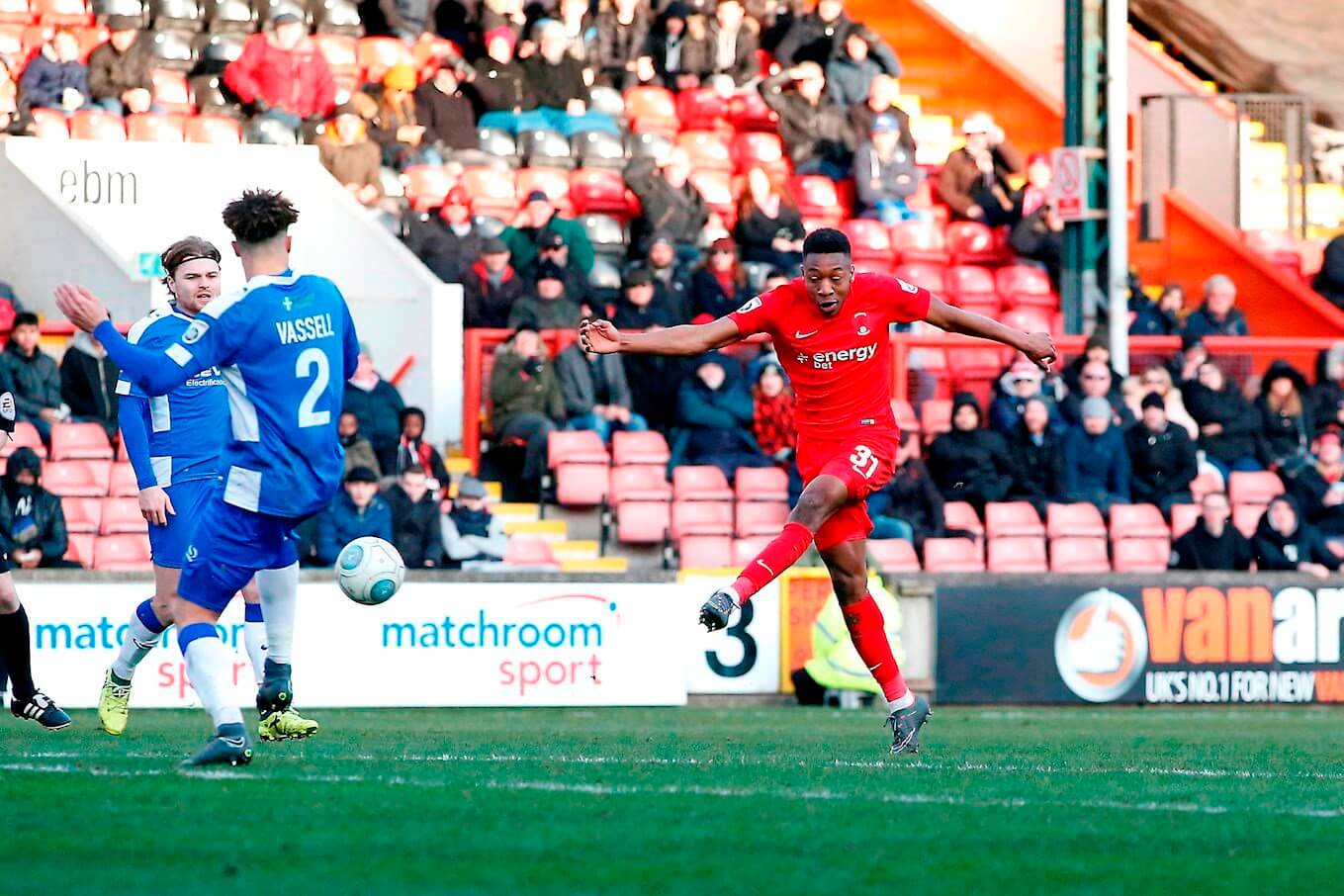 Gateshead And Orient In Thrilling Draw

Leyton Orient and Gateshead drew 3-3 in a fabulously entertaining draw at Brisbane Road in the FA Trophy on Saturday as Orient threw a 3-0 lead away.

The visitors from the North East will be by far the happier as they saw their team make an incredible comeback from 3-0 down to snatch a last minute draw to take back home.

A 90th minute goal from Peniket snatched a replay for The Heeds and the travelling fans numbering 65 from the long journey down south went into scenes of wild jubilation.

With the score at 1-0 to the O’s at half time little did anyone expect a second half of such entertainment as Gateshead recorded their second score of 3-3 on the trot following on from last weeks 3-3 draw with Barrow in the Vanarama National League.

This match was always going to be close with just two places separating the teams in the lNational League but surely when Orient went 3-0 to the good after 56 minutes there seemed no way back for the visiting team. Yet Gateshead pulled the rabbit out of the hat to shock the home fans in front of a crowd of 3,705 in this FA Trophy quarter final.

The game had started without too many fanfares and was almost like watching a chess match as the two teams attempted to work one another out. After 22 minutes, Orient had the first chance of either team and came close to breaking the deadlock when James Brophy’s corner was met by the head of Craig Clay who saw his effort pushed over the bar by Montgomery in the Gateshead goal.

On the half hour mark, Orient carved out their best chance of the game so far with a quick counter attack. Koroma played the ball through to Bonne who fed Brophy in space on the left, he squared it to Macauley Bonne who saw his shot from the centre of the goal denied by a sprawling Montgomery. The Gateshead shot stopper was having a great game as Joe Widdowson was next to go close firing a fierce half volley that was well saved by Montgomery again. The pressure from the home side was beginning to pay off and Orient unsurprisingly succeeded in opening the scoring after 35 minutes. Josh Koroma ran forward before taking aim from range and seeing his shot fly past a flailing Montgomery into the bottom left corner of the net to put the O’s 1-0 ahead.

The second half saw the home side come out with solid intention and on 52 minutes, the O’s positive start paid off when they doubled their lead thanks to Ebou Adams. Caprice turned losing his marker before laying the ball into the path of Adams who struck sweetly beyond Montgomery from outside the box.

Four minutes later, the O’s notched a third goal when Koroma’s teasing free kick from the left was nodded home by Josh Coulson inside the six yard box. Game over or so it seemed as we moved up to the hour mark without too much positive intent from the away side. That was to change though in a magnificent last half hour for the away team.

With only 22 minutes remaining on the clock Gateshead pulled a goal back when Barrow’s cross found Johnson at the back post who smashed the ball past O’s keeper Dean Brill to give the visitors a lifeline. Was it a consolation?

With the wind in their sails Gateshead weren’t here to make up the numbers and they surged forward and Johnson bagged his brace on 78 minutes to make it 3-2. He latched onto a through pass before rolling the ball low beyond Brill into the bottom corner to create a nervous final ten minutes.

Substitute Mooney for Orient got in on the action almost immediately when he fed the ball into Bonne who saw his effort saved by Montgomery.

With nothing to lose the North East club piled forward and saw chances from Peniket and Johnson saved by Dean Brill as Orient looked nervous and in the last minute Peniket made it 3 apiece when he headed an early cross in to the back of the net as Gateshead snatched a replay.

The 65 Gateshead fans were in fantasy land as the O’s fans had a dose of reality and Justin Edinburgh and his team will be very disappointed in throwing victory away.

Fantasy football? Who needs it with games like these.