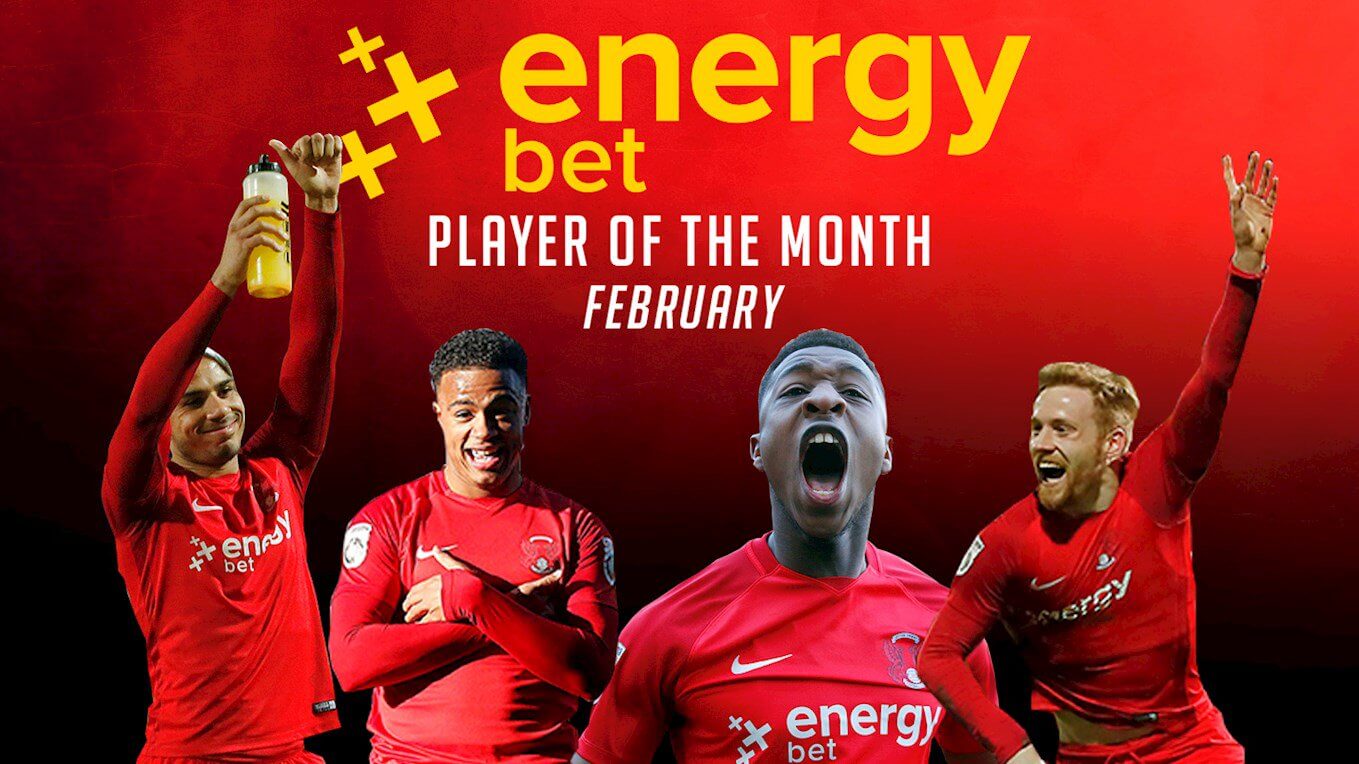 It’s Leyton Orient player of the month time for February.

EnergyBet will be hosting the vote for player of the month on our Twitter feed, so please head to @energybet_com and cast your vote on the poll which will be live at 10am tomorrow Friday 2nd March.

To reward fans for following and entering the competition, EnergyBet will reward one lucky fan each month with pair of hospitality tickets and the chance to present the Player of the Month award on the pitch before a game.

Four players will be nominated each month for you to select the winner, and the November Player of the Month nominees are:

JAMES BROPHY – The Deadline Day signing for the O’s has enjoyed his first month as a permanent member of the squad, terrifying defences with his speed and tricky dribbling ability and even clocked his first goal for Justin Edinburgh’s side, a diving header sealing a 1-0 victory over Chester.

EBOU ADAMS – The on-loan midfielder has settled into life at the Club incredibly well, becoming a key member of the side that went unbeaten in the month of February and scored a screamer in the 3-3 draw with Gateshead in the FA Trophy.

JOSH KOROMA – The young winger has taken his opportunity in the starting lineup with both hands, becoming a constant menace to opposition defences with brilliant performances against AFC Fylde and Chester before capping off an excellent month with a great strike against Gateshead in the FA Trophy.

JAKE CAPRICE – With serious competition on the right side of defence, Jake Caprice has put in some of his best performances in an O’s shirt in February. The full-back was assured and mature in his performances against AFC Fylde and Chester and notched up several assists in a month where he excelled defensively and offensively.

So head to @energybet_com , give us a follow and pick your Player of the Month for February.  Voting closes at 10am on Wednesday March 7th and the winner announced shortly after.