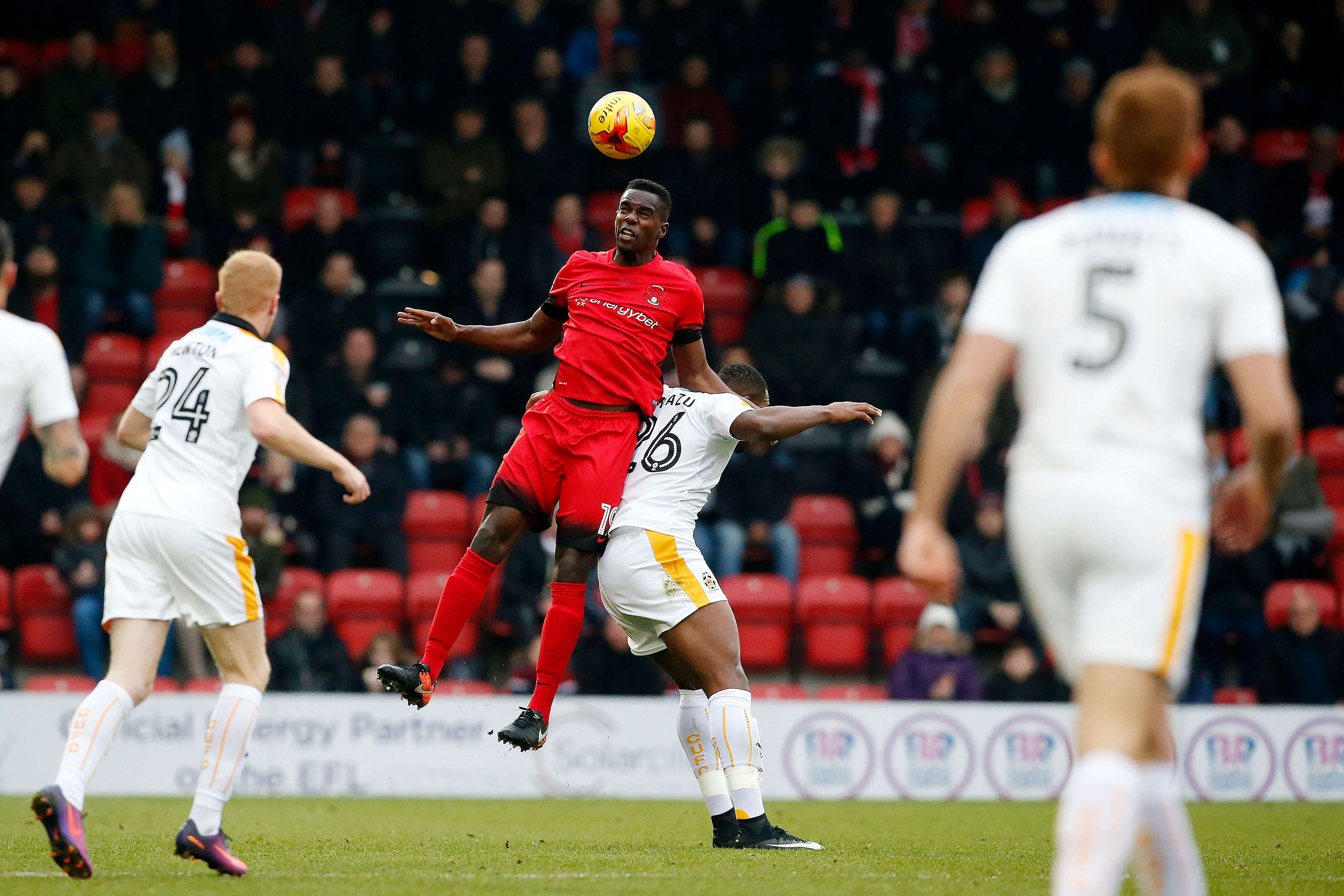 The O’s Lose Important Relegation Scrap.
Orient were in their second 5 goal thriller of the week against relegation rivals Notts County but this time they were on the receiving end of a 3-2 defeat.

The home game against their fellow strugglers at the bottom end of division two would have seen the O’s move up two places with a victory against Notts County and take them above their Nottinghamshire counterparts.

Instead Notts County won the relegation battle at the Matchroom Stadium with a thrilling victory that puts Orient’s place in the league in even further jeopardy. The Londoners now lie 23rd in the 24 team division, 4 points ahead of Newport County. However Leyton Orient lost ground on Hartlepool who picked up a point and Cheltenham who picked up a rare win so this game was all important for Orient and sadly they flunked it.

Expectations were high following their first thriller of the week when they stole all 3 points with two goals in the last minute against high flying Plymouth Argyle to provide a shock win.

Instead a double from Jon Stead who appears to have been playing football forever and one from Jorge Grant proved decisive, with the hosts replying through Paul McCallum and Teddy Mezague.

On the plus side at least Orient have started scoring again with 5 goals in their last two matches however the defence certainly needs shoring up as it’s leaking worse than a dodgy sink at the moment.

The problems started early for Orient who were forced to make an early substitution when central defender Tom Parkes was stretchered off with a hip problem after falling awkwardly just five minutes into the game causing a reshuffle at the back for the O’s.

Orient had started well however despite this setback and were having more possession and corners but not finding that all important breakthrough.

County went ahead against the run of play in the 35th minute. The move was started by goalkeeper Adam Collin with a long clearance downfield. O’s defender Mezague allowed the ball to bounce and Grant reacted quickly to curl a shot past Sam Sargeant into the bottom right corner.

The Magpies increased their lead on 47 minutes. Mark Yeates sent a ball over the top of the Orient defence and as Sargeant came to collect the ball, he was challenged by Stead and the ball looped into the net.

Orient reduced the deficit within a minute when McCallum headed home after Nigel Atangana’s header had struck the crossbar.

The hosts were back on level terms when central defender Mezague unleashed an unstoppable volley into the net from outside the penalty area with 10 minutes left but County were to have the last word.

On 84 minutes Marc Bola sent in a cross from the left and Stead drove the ball into the net to seal all three points.

Try as they could in the remaining minutes Orient could not find the back of the net for a draw and instead saw their League hopes in tatters as Notts County said thank you and goodnight and moved further up the league away from Leyton Orient.

The O’s didn’t really get the rub of the green against County despite having 60% of possession during the game, they also won the corner battle 6-5 against their rivals. The shot count also went Orients way with 17 to Nott’s County having 9 but the end result is another loss just when it looked as if the Orient express was back on track.