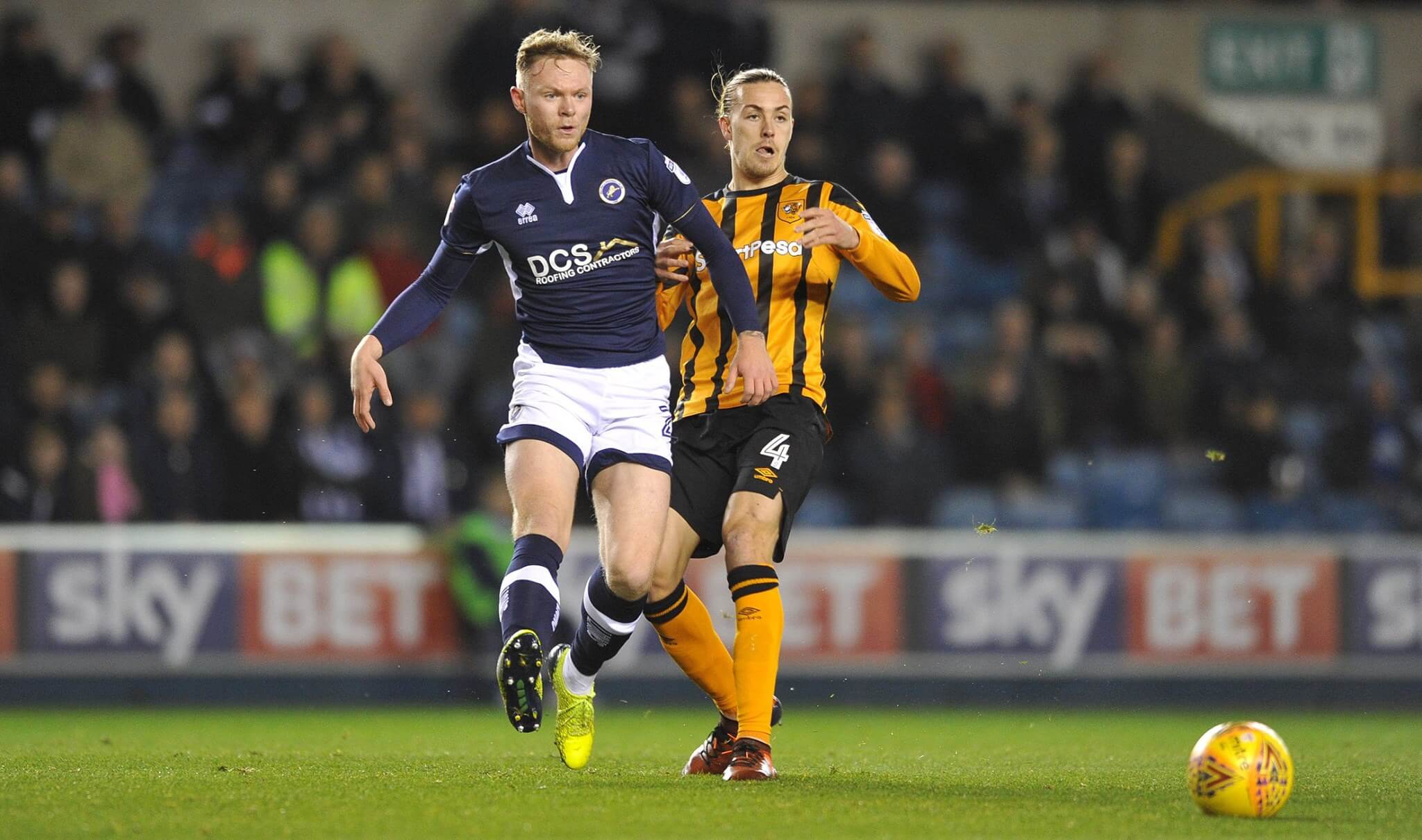 With both Millwall and Hull City suffering from poor form of late then maybe it was no surprise that the two teams drew 0-0 on Tuesday night at the New Den.

In a game lacking magic, sparkle and goals, both defences put the shutters up to ensure the fans went home disappointed. Did this look like two teams languishing in the lowly positions of 18th (Millwall) and Hull City in 20th. You bet your grandmother’s nelly it did.

There as a lot of huff and puff from both teams but neither defence was blown down in a game where nerves ruled. There were an incredible 31 shots but if that includes shots that went out of play towards the corner flag then you get the idea of how poor some of the football was played out in a chilly south London. Millwall from their 14 shots found the target more with 5 off towards the goal but their Humberside opponents could manage only 2 shots on target from their 17 attempts.

The Tigers came to the New Den to play Millwall at their own game. Aggressive, tough in the tackle and looking to block the Lions out and the plan worked to perfection. Disappointing again for Millwall coming off the draw with bottom placed Sunderland over the weekend. Millwall fans were hoping for the second time this week to kickstart the rest of the season following this dour run in the Championship.

Millwall need points and they need them now before they find themselves in a precarious position. With tonights draw the Lions stay in 18th although Hull also stay closely behind them in 20th. Sandwiched between the two drawing clubs are Reading who also took a point at another struggling club Bolton in 23rd place. Bolton are not bottom of the table thanks to Sunderland losing yet again in a 2-1 defeat at Villa Park despite Chris Coleman taking the reigns over at the Stadium of Light as Aston Villa keep the Wearsiders rooted to the basement of the league. Elsewhere in the bottom 8, Burton picked up a useful point away at Brentford whilst Birmingham didn’t play and 17th placed Barnsley lost at home to Cardiff meaning all the drawing teams below them gained advantage on Barnsley. Incredibly Fulham were the only winners in the bottom 11 teams with a ridiculous 5-4 win away at high flying second placed Sheffield United. This game saw two hat tricks as home man Leon Clarke scored a triple for the Yorkshire team but it was to no avail as Ryan Sessegnon also notched 3 for the London visitors in a topsy turvy blistering match. Shame we didn’t get 20% of the Bramall Lane thrills and spills at the New Den.

Millwall really seemed to miss Jed Wallace who served the second match of his three game ban. The midfielders creativity was sorely absent in a game of few real chances. Although Millwall have only lost two of their last 20 home league games against Hull (W13 D5), one of those defeats was in their last meeting in February 2013. In fact Hull stopped the rot in one area as they had lost their last seven league matches in London since a 1-0 win at Fulham in January 2016.

Millwall run of poor form continues with just one win in 8 against teams predominantly in the bottom half of the table in those games.

So of the few highlights in the game Lee Gregory had an early chance for the Lions but shot wide of the post.

Jarrod Bowen missed two good chances for Hull and striker Frazier Campbell coming back from injury chose to pass when put through just after the break. The Tigers have never won back-to-back away league matches against the Lions and that run continues.

Keeper Allan McGregor earned the visitors a point, saving headers from Shaun Hutchinson and Shane Ferguson late on and that was about it really.

In the end a stalemate was about right following a dull encounter from two teams struggling to turn poor form around.