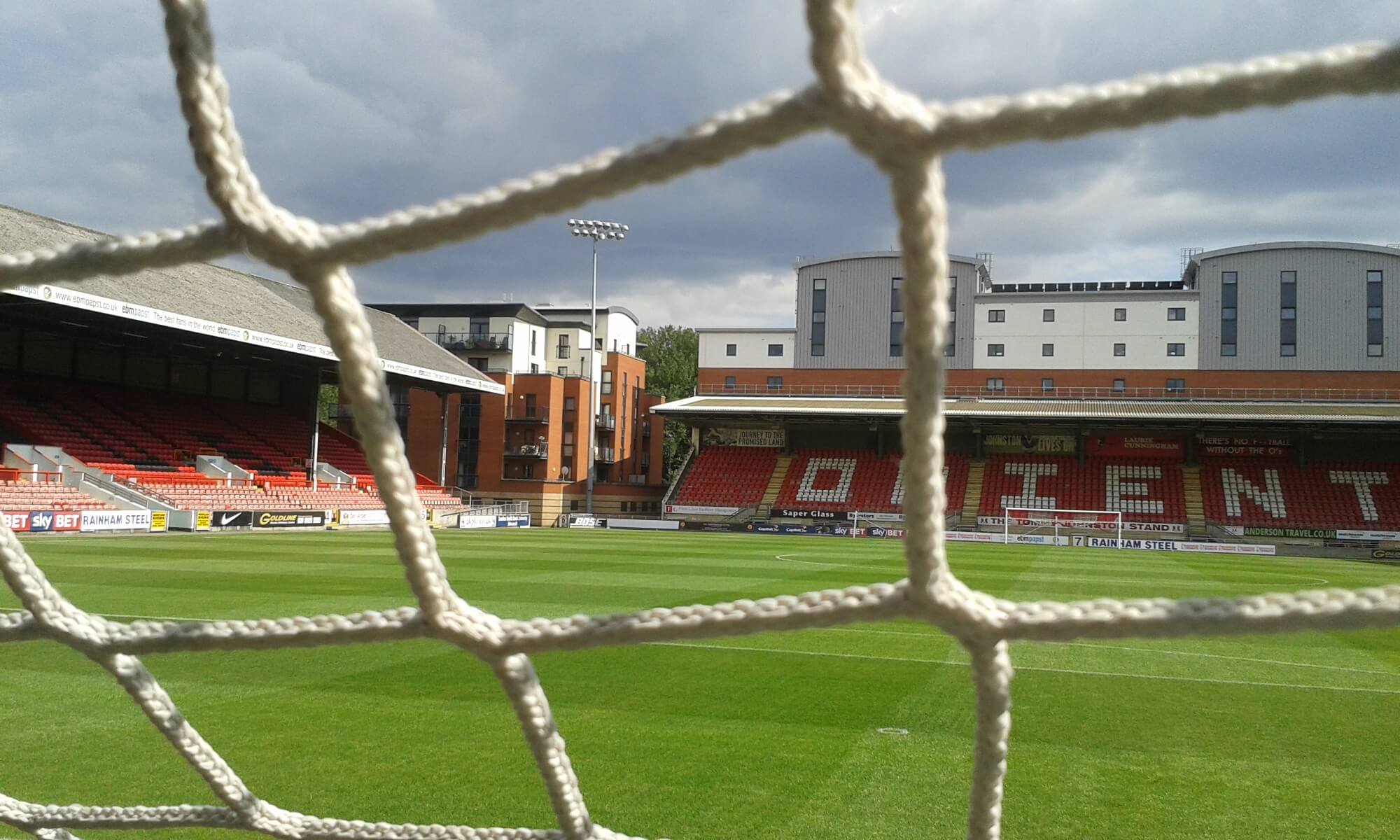 John Chiedozie was a fast, nippy winger who played on the right flank for Leyton Orient between 1977 and 1981.

He was Nigerian and was born in 1960 in Owerri. He represented Nigeria at international level on nine occasions, eight of them whilst at Orient and scored twice for his country.

He was only 16 when he joined Orient and he was later to play for Notts County, Spurs, Derby County and Chesterfield.

Chiedozie initially joined Orient as an apprentice in April 1977 where he went on to make 145 appearances scoring 20 goals. In August 1981 he joined Notts County for the first time in a £600,000 transfer deal. The sale of Chiedozie to County was for the O’s a then record £600,000 in August 1981 and this is the record transfer fee received by Orient even now 36 years later!

For Notts County Chiedozie featured in 111 matches scoring on 15 occasions. Tottenham paid £375,000 for his services in August 1984. In his career at the club, much of it disrupted through injury, he played in 75 matches, including 11 as substitute, scoring 14 goals in all competitions.

Derby County was his next club, which he joined on a free transfer in August 1988, where he completed only two games in his time at the Baseball Ground. A second spell at Notts County began in January 1990, which resulted in just one substitute appearance, before joining Chesterfield in March 1990 where he featured in seven matches, including five as sub. Chiedozie ended his career in Hampshire playing for non-league side Bashley, and retired from competitive football in 1992.

In 2002, he was honoured with the title of Officer of the Order of Niger by Olusegun Obasanjo the President of Nigeria for his contribution to Nigerian football.

In a game featuring West Ham United and Orient at Upton Park, Chiedozie was giving the Irons’ defence a torrid time with his lightning pace down the flank, he received the ball and started another run down the right wing. As he shaped to go past his marker, he pushed the ball past Frank Lampard senior. As he started to run and got level with the veteran defender, he suffered a tackle that nearly took Chiedozie’s leg off at the knee.  For a youngster, such as the pacy Nigerian, to cause such a panic in an experienced player showed how his talents could be harnessed.

Despite Spurs being interested when Orient initially sold him, he went North to Notts. County, who had just been promoted to the old First Division. He spent three years there, before they dropped back into Division Two. While at Meadow Lane, he took the headlines more often than not, including a sparkling performance in a 3-0 thrashing Tottenham suffered away from home in 1983.

When he left the Midlands club, he was much sought after, but Peter Shreeve’s £375,000 bid brought him to White Hart Lane. It was the start of a new team at Tottenham, with Clive Allen joining from QPR that same summer as a replacement for the Barcelona bound Steve Archibald which itself was an inspired acquisition by Shreeve who always looked like a Geography Teacher.

With Allen the predator, it was obvious that Chiedozie was brought in as the supplier and boy did he supply. His pace certainly was an asset that would prove useful, but his delivery often left a little to be desired at times. Quite regularly, he would speed away from his opponent, only to get near the by-line and fire a cross over the heads of the incoming strikers or over the bar. It was as frustrating for the crowd, as it must have been for the forwards. But he started really well for Spurs. His goal in the first League match, away to Everton was part of a marvellous performance in beating the FA Cup holders. Chiedozie was also instrumental in the making of one of Clive Allen’s goals too.

He chipped in with five goals in his first season; all scored before mid November and included a cracking shot to give Spurs a 1-0 win at Aston Villa. His pace and a fierce shot contributed to his goalscoring ability, where he could coolly coast home a chance and this brought him seven goals to his credit in his second term for Spurs. Chiedozie helped Spurs to a thumping 4-1 win over Chelsea with one of the goals and another two in a 5-1 mauling of Newcastle United. The winger had five by November and this time continued through to the end of the season, with two league goals after Christmas and two FA Cup goals too. One saved Spurs from going down to Oxford United at the Manor Ground in the rain and then another in the net against his old side Notts. County as Spurs went on to win 5-0 in the 4th round replay.

John only played once in his final season with Tottenham. Sadly the injuries that struck him down restricted him to only 64 league games and 14 goals in a Spurs shirt and struck again when he moved on to Derby County where he hardly got a look in as he was always on the sidelines. He returned to Notts. County and then on to Chesterfield but his games were very limited. Chiedozie then dropped into non-league football with Banks of Barking and Bashley. The blistering pace he possessed meant that the only way for him to be stopped quite often was to be kicked out of the game. Still he became a fans favourite at three clubs in Orient, Notts County and Spurs and should have had more games to his name when he hung up his boots.

It says something when you are replaced at Spurs by one Mr Chris Waddle.