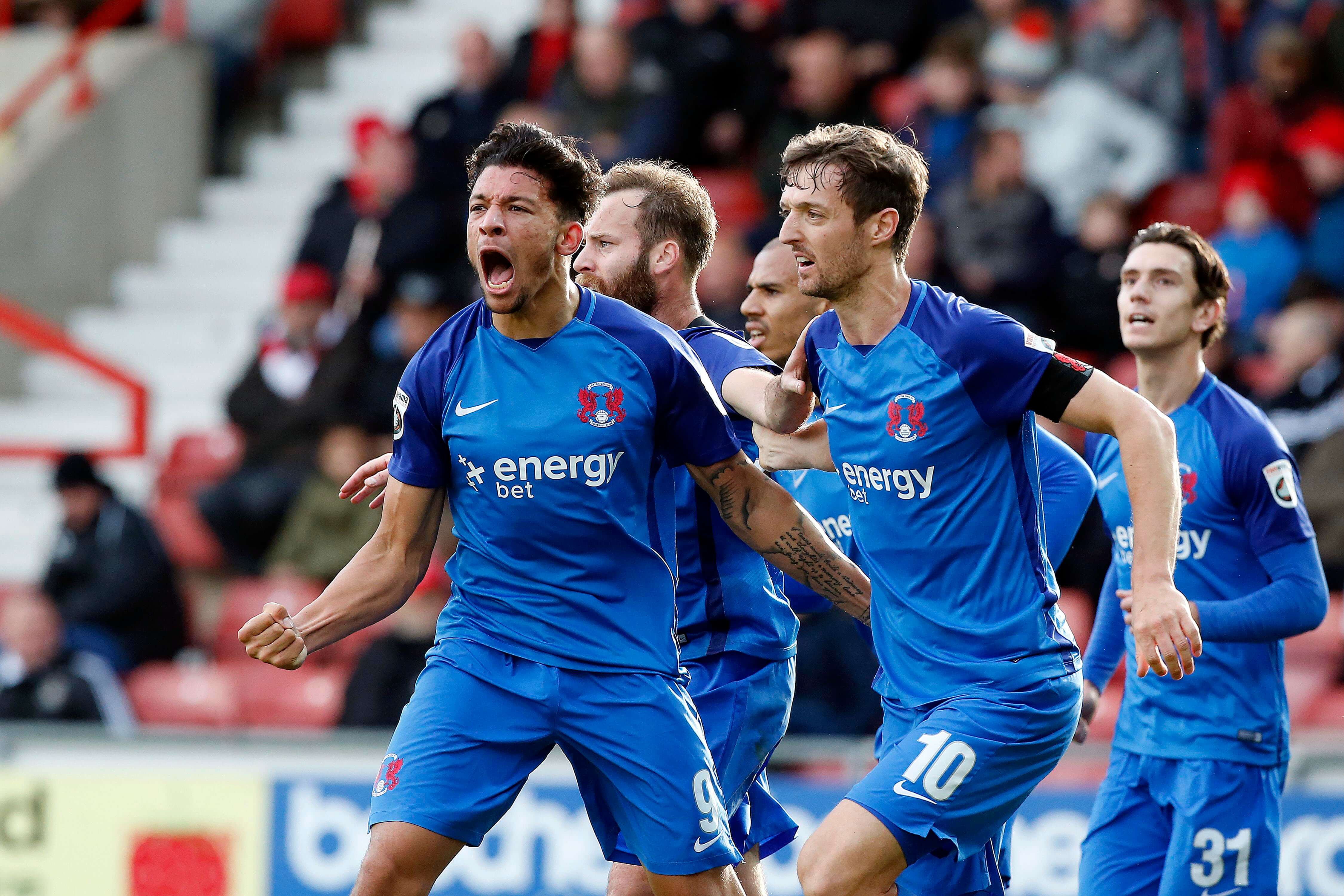 A goal from Mark Ellis five minutes before the end of normal play ensured Leyton Orient came away from north Wales with a hard earned hard fought point at Wrexham.

The match at the Racecourse Ground (a ground that in it’s day hosted many Wales international football games) saw a decent advert for the National League as both teams came out to play football and the 4,432 attendance were rewarded with a half decent football match that saw the Londoners come back twice from a goal down to draw the game 2-2.

In the overall scheme of things the other teams around them closed the gap on Orient who remain in 19th place in the league despite the draw. Wins for Guiseley and Barrow below them did the O’s no favours at all and with 18 games of the season completed and seriously they could be in a relegation battle.

With the pressure growing on Steve Davis ahead of the match in Wales with various pundits saying the time to go for Davis is now, his team put in a dogged display to halt their two game losing run in the National League.

A point in Wrexham was a decent point against the third placed team high on confidence but lacking the cutting edge that has seen them tear many a visiting team to pieces this season.

Yet it all started dismally for Leyton Orient as the hosts were ahead within a minute. To be precise the O’s remained on level terms for only 44 seconds when Chris Holroyd headed into an open goal from Paul Rutherford’s cross that took a deflection. It was all one way traffic in the first twenty minutes as the hosts dominated and the O’s found themselves in a cul de sac with nowhere to go. To give Orient their due they clung on not to go a further goal behind which would have undoubtedly finished the game as a contest and Macauley Bonne equalised when his left foot cross deceived goalkeeper Chris Dunn to find the net in the 22nd minute against the run of play.

There were changes galore for the visitors as Steve Davis once again shuffled the pack to hopefully bring about that elusive win that the East Londoners require so badly. There were four changes to the Orient side beaten 2-0 at home to Gateshead on Tuesday night.

Joe Widdowson was out with a hamstring problem and Jobi McAnuff suspended so Jamie Sendles-White and James Dayton started so two changes Davis had no choice but to make. Zain Westbrooke made his full debut for the O’s while Rommy Boco returned to the side with Craig Clay and Myles Judd making way.

Bonne thought he had scored after ten minutes but the referee called a foul. Then Wrexham nearly made it 2-0 in the 19th minute when James Jennings glanced towards goal from a corner, but Mark Ellis was well placed to defend well.

Two minutes later and Orient should have found the net when Sendles-White had a header cleared off the line and then in the 23rd minute O’s did equalize in bizarre fashion as Bonne’s cross blew into the top corner. Wrexham nearly retook the lead in the 27th minute when Shaun Pearson headed wide and after that up to the break it all end to end stuff with neither team managing a goal.

The second half saw the home team in the ascendancy but make nothing of considerable note and it was Orient who provided the next chance as David Mooney won a free kick for the away side just outside the penalty area. Dan Happe stepped up, but saw his effort deflected wide and the chance was gone but still the O’s came forward and were unlucky four minutes later when the dangerous James Dayton unleashed a shot against the crossbar.

Wrexham retook the lead with Holroyd with 19 minutes left to play as the visitors had a period of domination and Paul Rutherford turned provider for the home team.

Orient pressed for an equaliser in the latter stages and Jake Caprice’s cross in the 82nd minute was nearly deflected in by a Wrexham player, but home goalkeeper Chris Dunn managed to get out a hand to save. Yet Orient did score three minutes later.

Mark Ellis powered home a header at the far post and it was enough to earn O’s a valuable point. Now to start winning!

Fancy a bet on Leyton Orient then why not checkout: EnergyBet website.