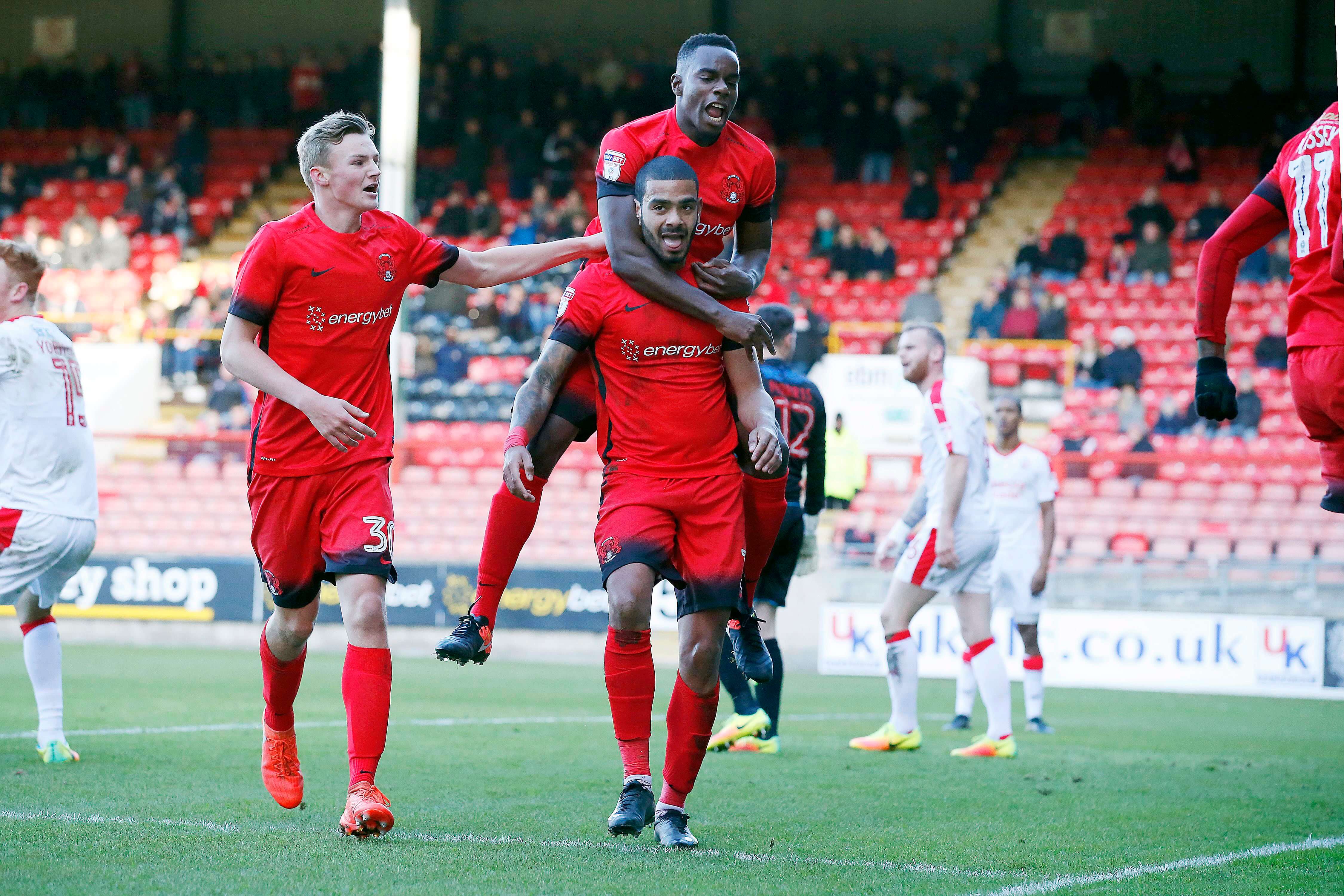 Orient managed to nab a 3-2 victory over high flying Plymouth Argyle with two last minute goals down in Devon on Wednesday night to gain a desirable 3 points in their hopes for league survival and to dent Plymouth’s automatic promotion hopes.

Striker Gavin Massey who at last looks like scoring a few goals towards the end of the season scored an 89th-minute leveller and then he set up Sandro Semedo’s stoppage-time winner as Leyton Orient won 3-2 at second-placed Plymouth Argyle in League Two.

Sarcevic later hobbled off with an ankle injury – on 37 minutes – and within six minutes Orient levelled.

Left-winger Massey took his tally to three goals in three games with a superb solo effort, cutting in before letting fly with a low 18-yard shot into the far corner.

On the hour Kennedy curled another 18 yarder off the outside of the post with O’s teenage keeper Sam Sargeant beaten.

Orient, who were without a win this year before Tuesday, equalised when Massey thumped home from Sandro’s cross and completed the comeback when Semedo tapped home the winner in the last of four minutes of stoppage-time.

The O’s had come into the match with some dreadful statistics attached to them including lying in 23rd place in the 24 team division but the worst team in the last ten matches with just a solitary win against Crawley Town as far back as boxing day last year. From then on they just couldn’t win and their dismal run includes 6 straight defeats so with the score at 2-1 to Plymouth with 88 minutes on the clock you could be forgiven if you were an Orient fan for leaving early and getting in a late night kebab which would surely have had more meat on it than the Orient midfield of the last 6 weeks. Instead we were shocked by the dogged determination of the O’s actually hanging in there and then grabbing the bull by the horns and creating a devastating last few minutes for their opponents title hopes as well as their automatic promotion hopes.

Massey is at least back in form with two goals against Plymouth and 5 goals in his last 6 games. So maybe Orient have turned a corner in their search for survival.

Sadly there is always something to spoil such a sweet victory and come on down Liam Kelly the former Oldham Athletic Captain and now the O’s skipper.

The playmaker Kelly has been charged with violent conduct by the Football Association for an incident in Tuesday’s win at Plymouth.

Argyle reported the 27-year-old midfielder to the FA after claiming one of their ball boys was “shoved to the ground” in the 86th minute of the game. Which if guilty was a bit of a daft thing to do.

The incident was not seen by any of the match officials including the referee but was caught on video.

The FA has submitted a claim that the standard punishment, a three-match ban, would be “clearly insufficient”.

Kelly has until 18:00 GMT on Friday, 17 February to respond to the charge.

So a sour end to what was a great performance to get Leyton Orient out of jail on Wednesday night and the three points are absolutely crucial despite it leaving them in 23rd place they have gained points on some of the teams above them in League Two.