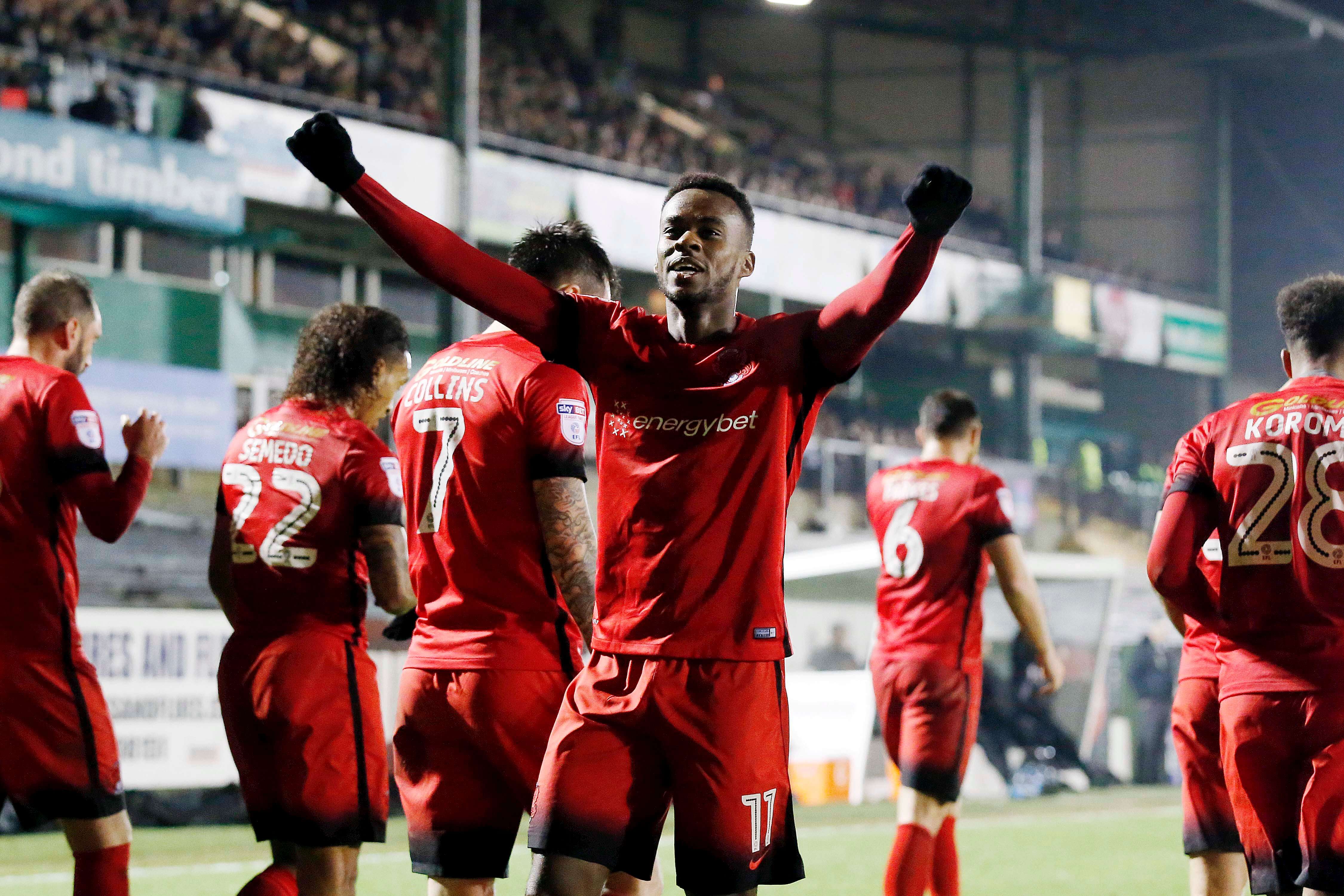 With Leyton Orient currently in a dire position placed 91st of the 92 teams in the football league and the very lowest English side in the leagues I thought it would be of interest to see how Orient had done against a team currently at the top of the third division. That jewel in the crown currently belongs to Yorkshire’s Doncaster Rovers or Donny as the locals prefer to call them who are flying high at the top of the fourth tier of English football and look a decent bet for promotion if not as Champions then as runners-up in the division in 2017.

However, almost twenty years ago Leyton Orient equalled their record win as they demolished the Yorkshire outfit and put eight past the then bottom of the league Doncaster Rovers.

On 28th December 1997 club hero Carl Griffiths marked his return to the Orient team with a hat-trick even though he was substituted mid-way through the second half, as was Orients second striker that afternoon.

A crowd of 4,448 had turned up to Brisbane Road to inflict Orients biggest winning margin over an opposition team to equal the 8-0 score line against three other teams.

Orient were winning by four goals to nil at halftime. Griffiths scored the first after 20 minutes while the other three goals all came in the last five minutes of the half from Alex Inglethorpe, a Dean Smith penalty and Tony Richards.

After the break Griffiths completed his hat trick in the first 10 minutes. Richards and substitute Joe Baker completed the rout in front of their home fans.

Doncaster sent on all three substitutes at half time and occasionally pushed back the Orient onslaught. Orient replaced Griffiths and Richards for the closing stages and disappointed their fans by not scoring in the final 26 minutes when a new record beckoned.

Donny had always been a great team to play against for the O’s to the point where they were unbeaten against them in their first eleven meetings between the two sides and it was only in 2003/04 that Doncaster Rovers managed to lift the hoodoo with a 3-1 victory. Rovers had returned to the Football League in 2003 and Orient were the opponents in Rovers first game on their return.

On a sweltering hot day in London, two goals from Greg Blundell and one from Leo Fortune West ensured Rovers marked the occasion with the perfect start to the season.

For Doncaster the 8-0 thumping against the O’s on that day at the back end of 1997 was their heaviest defeat of a troubled season, topping a 5-0 home thrashing by Peterborough.
As I mentioned the O’s eight-goal triumph represents their biggest ever victory, level with 8-0 wins over Rochdale, Colchester and Crystal Palace.

Doncaster were on their way to relegation out of the Football League when they visited the O’s that cold December afternoon, but the Brisbane Road club were in no mood for mercy.

Incredibly, seven of Orient’s eight goals came within a 24-minute spell either side of the break as they built on Carl Griffiths’ 20th minute opener in some style and by 64 minutes it was 8-0, but Orient couldn’t add to their tally as their record win remained at 8-0.

Leyton Orient take heart. League tables don’t lie after all. In that ‘annus horriblis’ year for Doncaster Rovers their record looks worse Played 46, won 4, drawn 8, lost 34, scored 30, conceded 117, with another 14 goals shipped in the club’s four cup games; all of which were lost. Officially the worst the league has seen. Ever. In black and white a disaster of a season, but the numbers tell only a fraction of the story. This was a failure of cataclysmic proportions; a season so absurd, so devoid of hope for Rovers that with a month of it still to go they had reached such a nadir that chaining a man to a goalpost appeared the least extreme thing to happen which is exactly what did happen, and presumably the most viable option remaining to save the Yorkshire club they supported. This was the epitome of hopelessness. This, Rovers supporters presumed, was the end.

Yes they were relegated but the club came back much stronger with a better management structure and better administration of the players and squad on and off the pitch. Yes, the O’s are in a currently in a similar position although not quite as bad and we can only hope they get out of this hole they currently dwell within. Doncaster Rovers show that even when you are down (and go down) you can bounce back up but Orient will always remember that 8-0 hammering of current division 3 league leaders Rovers.