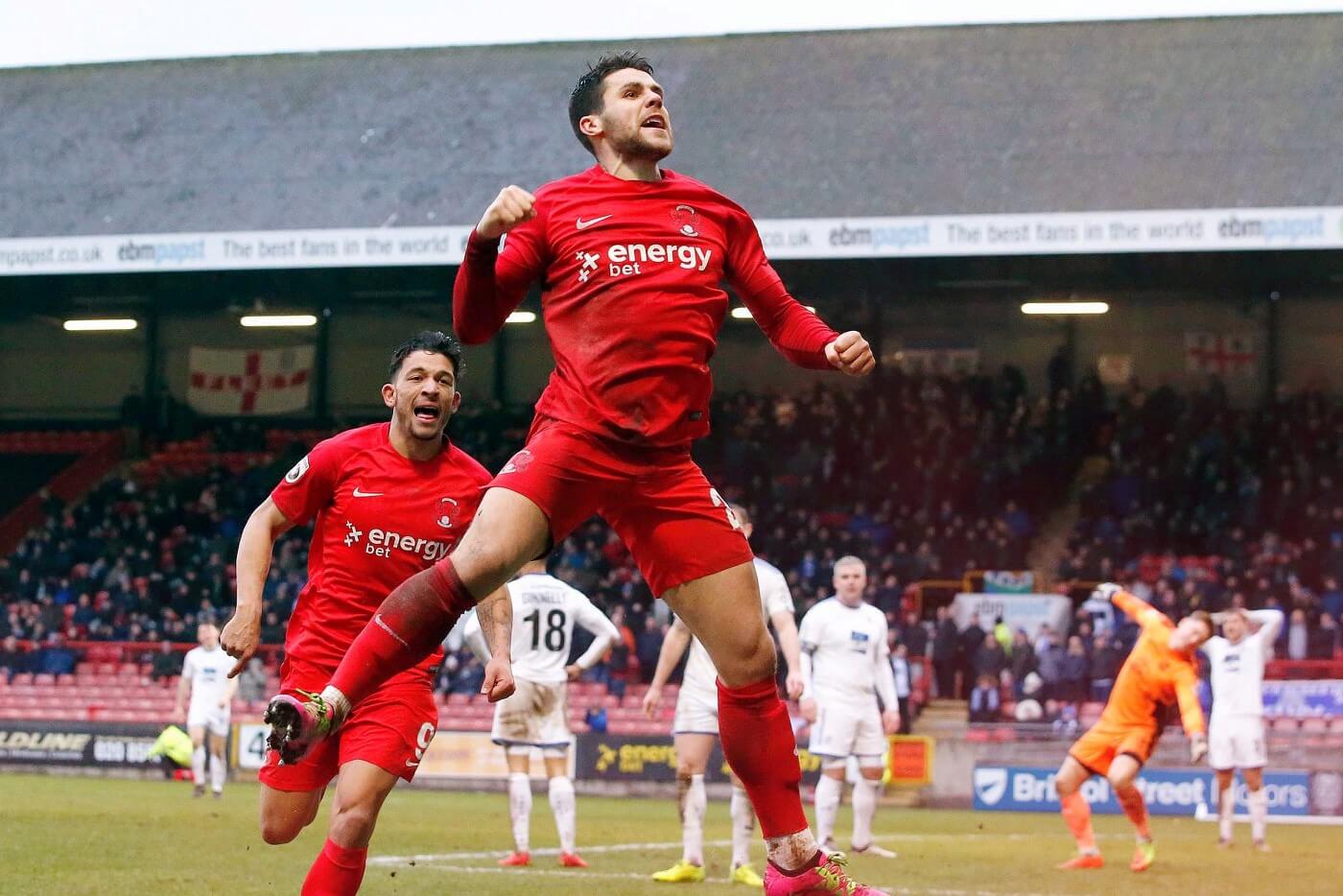 Leyton Orient drew 1-1 in their home game against Tranmere Rovers at Brisbane Road in the National League.

A rugged dogged display from the O’s showed further proof that Justin Edinburgh’s men are going forward in the Orient transition against a Tranmere team from Birkenhead sitting on the cusp of the automatic promotional spots in 4th place. In fact a win would have seen the northern team leapfrog Wrexham into third place.

As Leyton Orient have found out the hard way the National League is a difficult league to play in and all hopes for the O’s of reaching an automatic return to the 2nd division and back into the arms of the football league had withered as early as October last year as the Londoners dreadful slump put the mockers of any early return success.

In the corresponding fixture up at Prenton Park in September Tranmere ran out 2-1 victors and the bookies made them favourites for this match too. However a calmer steely resolve is cast to the wind here at Brisbane Road since the hiring of former Tottenham player Edinburgh and he has certainly instilled a belief within the squad.

The fact that they can now start coming away from matches such as this entertaining game against a well organised Tranmere with at least a point speaks volumes for Edinburgh’s work rate and desire to get the Londoner’s back into the football league as soon as is possible. The first job was always going to keep them in the National League as they hovered far to close to comfort to the relegation positions when he took over at the back end of 2017. In fact even with this draw they are by no means out of the danger zone yet sitting an uncomfortable 6 points above the last relegation place.

This match saw a lively, good to watch, end to end encounter with two teams determined not to sit on their laurels as both teams attacked with equal gusto. Tranmere’s high placing in the league was obvious to see with some slick passing and good moves in an enthralling first half with Harris, Cook and Norwood all looking threatening on the counter attack. Meanwhile Orient held their own looking aggressive themselves coming forward and both goalkeepers had a busy afternoon.

Jake Caprice and Macauley Bonne both went close for Orient while for the away team James Norwood steered the ball just wide for Tranmere when placed well to score.

It looked set be 0-0 at the break however Ritchie Sutton headed Rovers in front from Josh Ginnelly’s corner in the 43rd minute. Then Liam Ridehalgh’s goal line clearance from Holman ensured it was 1-0 as the half time whistle blew.

Leyton Orient came out for the second half on the front foot and Holman scored his equaliser in the 52nd minute, though, following in after Scott Davies had denied Bonne.

At the other end Keeper Dean Brill kept the O’s on terms with a string of good saves and they could even have won it late on, Holman denied by defender Sutton’s brave block.

This was a respectable draw for Orient in the scheme of things and points are still needed to ensure safety. Orient have to keep alert with one eye over their shoulder as Halifax below them knocked the mornings top placed team Wrexham off of their perch with a surprise 1-1 draw over in Wales.

Elsewhere Hartlepool and Barrow’s game was called off due to a waterlogged pitch, Maidstone United picked up a decent point at Bromley and Torquay pulled off the result of the day winning 2-1 away at Maidenhead United.

Chester City, Solihull Moors and Guiseley all three in the bottom relegation places lost all by a single goal.

Next up for Leyton Orient is a game against Fylde next Saturday 17th February where a good result will be expected from the East London team.