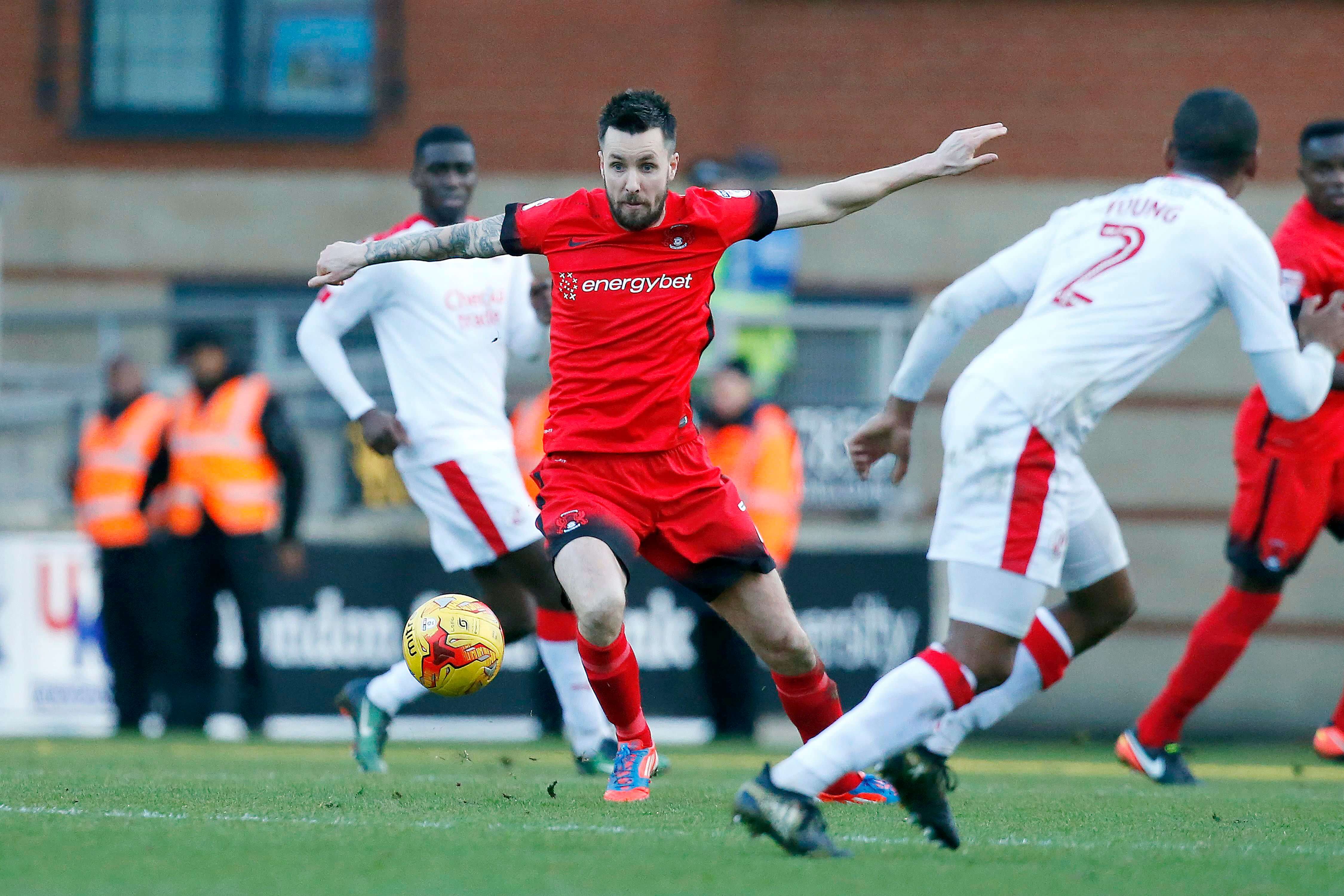 Huddersfield Town chasing hard for promotion in third place overcame a spirited Villa team with 9 players currently out through injury by a goal to nil thanks to a Tommy Smith winner in the 70th minute.

As per my last article on Villa where I said that 3 wins on the trot for the Villa was great but in reality they were playing three of the four worst teams in the division on current form and two of those teams were in the relegation zone. So this was a much better barometer of where Villa are at under Steve Bruce even with so many players out through injury or banned.

Villa played pretty well in the circumstances making plenty of chances in an action packed game and were undone by one lapse of concentration to end Aston Villa’s mini revival.

Manager Steve Bruce made two changes to the team that won over the weekend but sadly his team switched off at a set-piece where Villa were made to pay by a well-worked move that proved to be the difference in this encounter.

Aaron Mooy’s short corner found Tommy Smith on the edge of the area and the Terriers skipper fired in the winning goal as the Villa defence stood motionless. It was almost schoolboy stuff from Villa and was the only real time they let their guard down in an end to end game with plenty of positives for the Midlanders.

They had as many shots as their third placed opponents with 9 apiece, fought well throughout in the midfield and won more corners than the home team with 4 against 2.

Steve Bruce’s side had the better chances to win this match during the game but on a night where youngsters Keinan Davis and Corey Blackett-Taylor finished the game, it showed just how appalling Villa’s injury problems are right now, they can be proud of the display against a side still pushing for automatic promotion.

Chances came at both ends in the first half. James Bree playing just his second match latched onto a loose ball and forced Joel Coleman into an early save with a fierce drive from 20 yards out.

Conor Hourihane then missed a sitter from eight yards out when he blazed over the crossbar instead of slotting past the goalkeeper.

Yet they couldn’t make to many real chances and Villa for the most part for 70 minutes were organised and well-drilled and the shape of the team looked good for Bruce’s men and it was Villa who went close to breaking the deadlock.

Jonathan Kodjia superbly held off a number of challenges in the box before pulling it back for Henri Lansbury on the edge of the box. He smashed a first-time effort at goal and Coleman was beaten but the post saved the hosts and the Villa midfielder wandered off dejectedly.

Back-up goalkeeper, Coleman, in for the injured Danny Ward, almost diverted a Hourihane corner into his own net but his blushes were spared by Chris Schindler who hooked the ball off the line with a last-gasp clearance.

Huddersfield grew into the game after the break and eventually got only their second chance on target of the game as Villa switched off at a set-piece and the Terriers drew first blood in the match as Captain Tommy Smith fired in from a tight angle, giving Sam Johnstone in the Villa goal absolutely no chance.

Against a team Bruce had previously managed Bruce cut a frustrated figure on the touchline, especially as he’d witnessed a decent showing from his side that had hurried and hassled Huddersfield, forcing them into errors of their own.

James Chester had the best chance for the claret and blues to grab a leveller but he fired a header over the bar as Coleman for Town had a great game deputising for Danny Ward after Ward picked up a knock in the weekend home defeat by Newcastle.

Villa were without midfielders Birkir Bjarnason and Jack Grealish, who both picked up knee injuries in Saturday’s win at Rotherham so the midfield had a completely new feel about it.

A tired Villa pushed for an equaliser in the dying minutes but never really threatened to rescue a point.

Huddersfield manager David Wagner: “It was important that we made a statement after the defeat against Newcastle and we did that.”

“It is my job to improve players, but there is a lot more to come from them and I want them to become better still. They are greedy and hungry to learn and that is what I like.”

“It was not possible to play football on the pitch and we had to go more direct and it’s great that the players can adapt to what they need to do. It’s a great three points for us against a very aggressive and strong opponent.”

Aston Villa manager Steve Bruce: “I can’t fault the endeavour and effort of the players and because of that we should have won the game. We looked a very decent team and deserved more for that display. Our Achilles heel was that we didn’t take our chances.”

“We had some big opportunities and we thought we had calmed the storm and were looking comfortable. Unfortunately, we lost our concentration and conceded the goal. It was a training ground routine and we knew all about it – we should have defended it better.”

Try as they may it was a bridge too far for the Villa in searching for that all elusive equaliser but the fans won’t be to disappointed by this showing in the circumstances against a top team in the Championship.