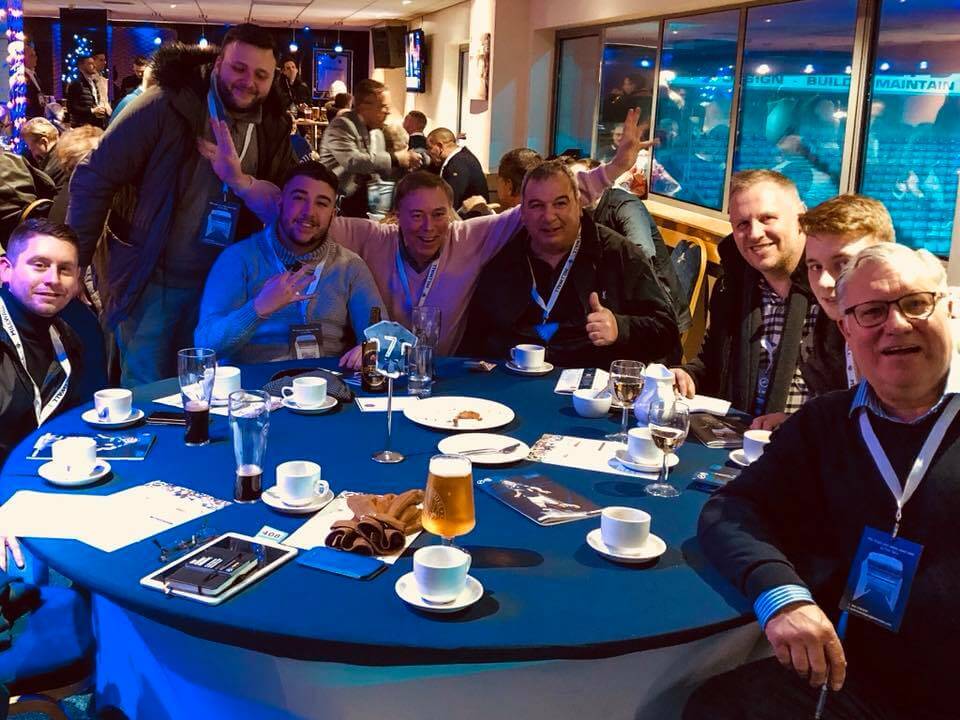 Table for ten, down at the Den, get to see Millwall winning again!

Six games without a win for the indomitable Lions whilst far from being a disaster, has seen Millwall slip to 17th in the Championship. This is a position that Millwall simply don’t deserve to be in. At the weekend they took on one of the league’s top sides in Sheffield United and triumphed.

I was at the game together with some of Millwall’s finest. Ten lucky fans, all winners of one of our regular Twitter competitions, got to experience some amazing Millwall hospitality and witness a great game of football.

The day generally begins with a stadium tour. Two hours before the match EnergyBet guests can experience the stadium before it fills up with fans. They also get to take some photos pitchside, including one seated in the dugout, and if they’re very lucky they may get a photo opportunity with Zampa the lion (who wouldn’t want that?)

Following the tour, it’s time to grab a beer, or a glass of Californian vino, and enjoy the pre-match lunch. The food is excellent down at the Den and the service is superb. To be perfectly honest if you are a Millwall fan and what with Christmas just around the corner, the Billy Neil sponsors lounge is a great choice to book your Christmas party (shameless plug there).

I have been lucky enough to meet some truly amazing characters during my frequent visits to the Den. This week Michael, Josh, James, George and Joe, together with their guests, regaled me with some great stories about their experiences as Millwall fans. I also got to meet Joe’s father who gave me some useful golfing tips (just a shame I stopped playing in 2006 really!)

The guys in the hospitality team, bar staff, waiters, chefs and the magnificent match hosts, including the Millwall legend that is Barry Rowan, were once again magnificent. The warmth and passion that is displayed by our east London hosts is always truly impressive. I can’t wait to meet them all again in the Billy Neil sponsors lounge for the next home game. The game against Sheffield United was an EnergyBet sponsored match which meant that our guests got to choose the Man of the Match. With one goal and an assist the player that we chose was Millwall’s number 9, Lee Gregory. Another fantastic east London experience, copious amounts of Zinfandel, great company with amazing fans and all topped off by a 3-1 victory over quality opposition. That is what I call a ‘top weekend’. Looking forward to doing it all again in two weeks and I hope that one of you will be joining me. For details of how you can do that please head on over to the EnergyBet Twitter feed.

Preview and odds for Manchester United vs Leicester City in the Premier League. United will be hoping to bring Leicester’s unbeaten run to an end with their first victory since the opening day.

Preview and odds for Leyton Orient vs Swindon Town in League Two. The O’s will be hoping to build upon their win against Southend United.

On Saturday, Leyton Orient travel north to take on another recently promoted side, Salford City. The O’s will hope to bounce back from their defeat to Crawley Town with an away victory against the club backed by the Class of ’92.