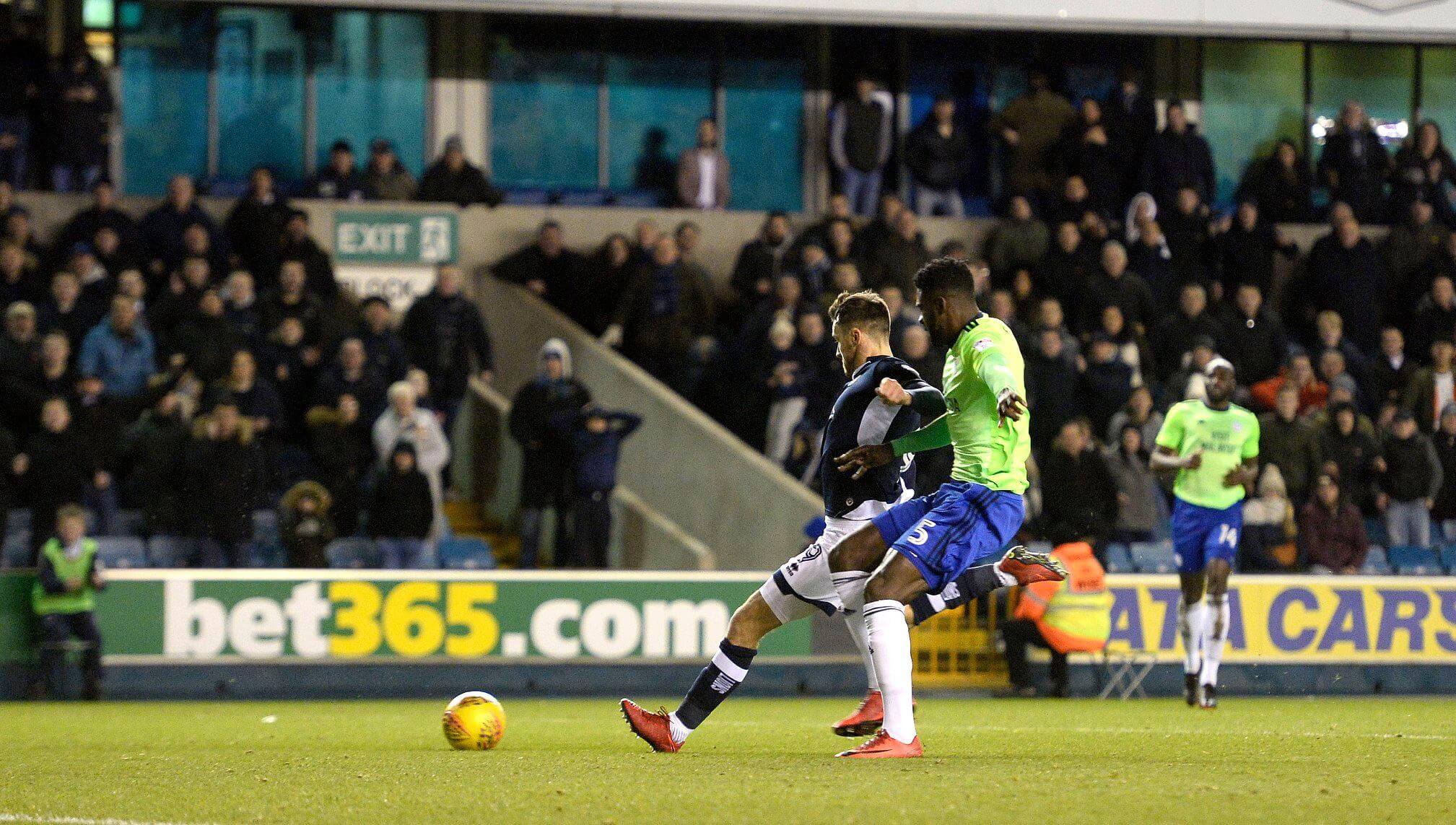 Millwall and Cardiff City drew 1-1 at the New Den amid controversy following Cardiff being denied a goal late on in a battling affair in the Championship.

It was hard nosed, it was bruising and a tough match for both teams who refused to give an inch and you’d be forgiven you’d dropped into the England v Wales rugby match at Twickenham rather than Millwall and Cardiff not a million miles away in South London.

It’s still a fortress for Millwall at the New Den and this was a third home draw on the bounce although the visitors can feel aggrieved they didn’t get more from match referee Keith Stroud in front of a boisterous crowd of 13,204.

Neil Warnock was livid at the final whistle and seeing as he had spent the best part of the week ill in bed before this clash you can imagine the Cardiff City manager feeling a whole lot worse after this sickener because just as it looked as though the Bluebirds had stolen the victory, a dose of rough justice denied them victory. The Welshmen had not been pretty at all in a game about as brutal as it was entertaining, but had put themselves in a position to win this war in London.

The crucial point was when Sol Bamba had the ball in the net with 5 minutes to go and it seemed Cardiff had been rewarded for their determination and hard fought work. However, to the astonishment of an enraged Warnock, the goal was not allowed to stand with referee Keith Stroud having blown his whistle moments before the centre-back’s shot flew into the net in a penalty box scramble.

To make matters worse, the reason why there was such anger on the Bluebirds bench and among the green shirts on the pitch was that Stroud’s whistle had not been for a Cardiff infringement but for a foul on Joe Bennett. The Cardiff man had been floored by a flying challenge from Steve Morison and left high and dry on the turf, but Stroud had seemingly played advantage which the Bluebirds were about to take but Stroud then had other ideas as the whistle went and Warnock went absolutely bonkers on the touchline. Cardiff had taken an early lead when Junior Hoilett having been chopped down ferociously in the second minute – a blueprint for much of the entire game – gained his revenge just a minute later. With Millwall’s Mahlon Romeo dithering, the winger robbed him of the ball and surged towards the penalty area and rocketed his shot into the bottom corner.

Millwall have been up against the top teams in the division of late and held their nerve against their Welsh visitors. A win for the Bluebirds could have seen them climb up to second. The early uproar wasn’t to prove to detrimental to Millwall who quickly found themselves back in the game and played some clever thoughtful football amongst some shocking fouls from both teams.

They certainly deserved the equaliser five minutes before the interval when Lee Gregory turned in Jed Wallace’s cross.

Millwall played well once again and the performance was robust and Cardiff, to their credit, did try and play the greater football, and they put up a decent fight to almost snatch a win against a side who have lost just 4 in 35 in this corner of London.

The Londoners edged a scrappy second half but were kept out by keeper Neil Etheridge, as Cardiff stayed fourth and a draw in fairness was about right. Try telling that to Neil Warnock though.

Australia international Cahill came off the bench in second-half stoppage time, but the veteran forward was unable to make an impact in his first appearance for Millwall since the 2004 FA Cup final. “We probably got away with one with the goal that was disallowed. I feel for Cardiff in some sense because they are probably on the wrong end of a decision.

“We had a very similar one at Brentford where we scored a good goal and it was pulled back, so that probably evens that one up for the season.

“I think it is appalling at this level. Sol is going to shoot and then he blows. I don’t accept that. He is a really experienced referee and I feel let down. He cost us the game.

“We are fighting to get in the Premier League. But for the referee it would have been three points.”